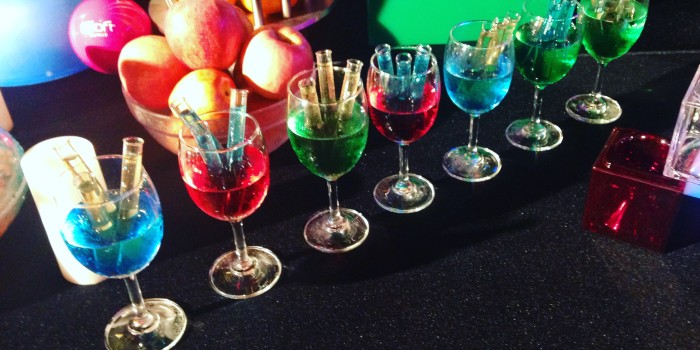 Aloft is one of my favorite hang outs after work. So when they were having an event for Valentine’s Day, in association with Burrp and FBAI , I was keen on making it, despite battling all the crazy evening traffic in the area! You don’t believe me, it took me about 45 minutes to get there when I was just 3 km away. Well, yeah nothing much you can do about that. But the ambiance at WXYZ Bar is usually peppy, and this time they had a couple of live performances going on – an immediate pick me up as we got in. 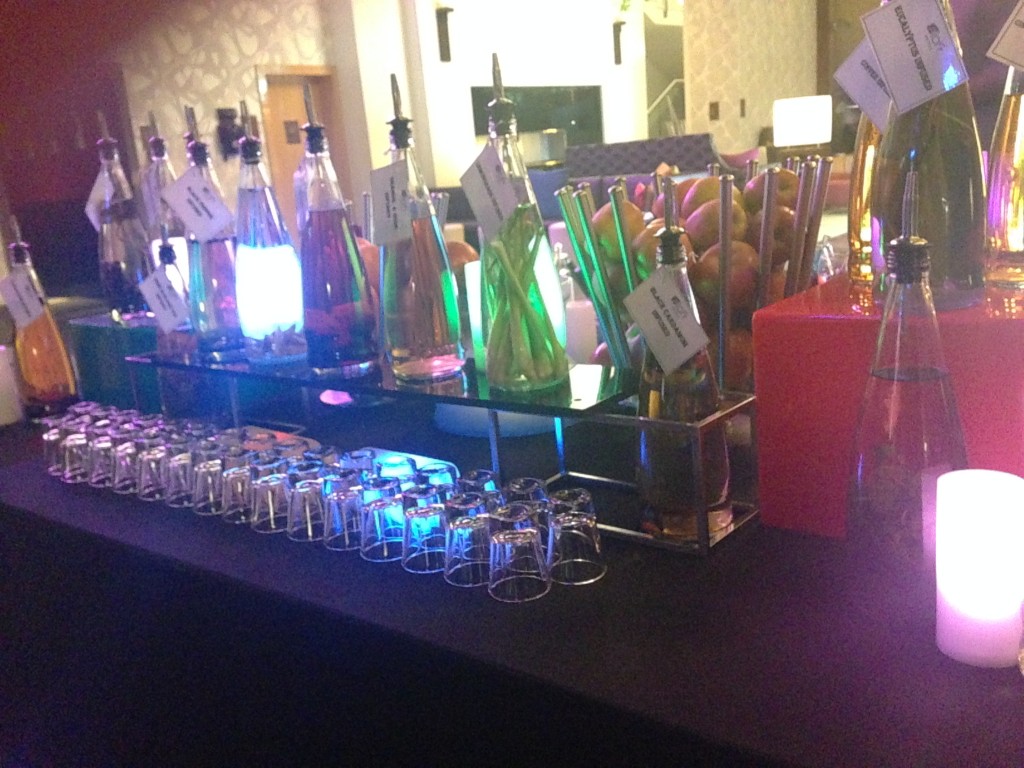 This event was mainly about the home made vodkas with infused flavors. Saurabh – the man behind the bar – and the concept – already had 18 flavors up his sleeve, and was a very happy man explaining the concepts behind this very curious mixology! The Kaffir Lime, Coffee and Rosemary were spectacular flavors, while Eucalyptus and Lemongrass were very intriguing and aromatic. Another interesting mix was the White Raspberry Tea – delicious aftertaste. 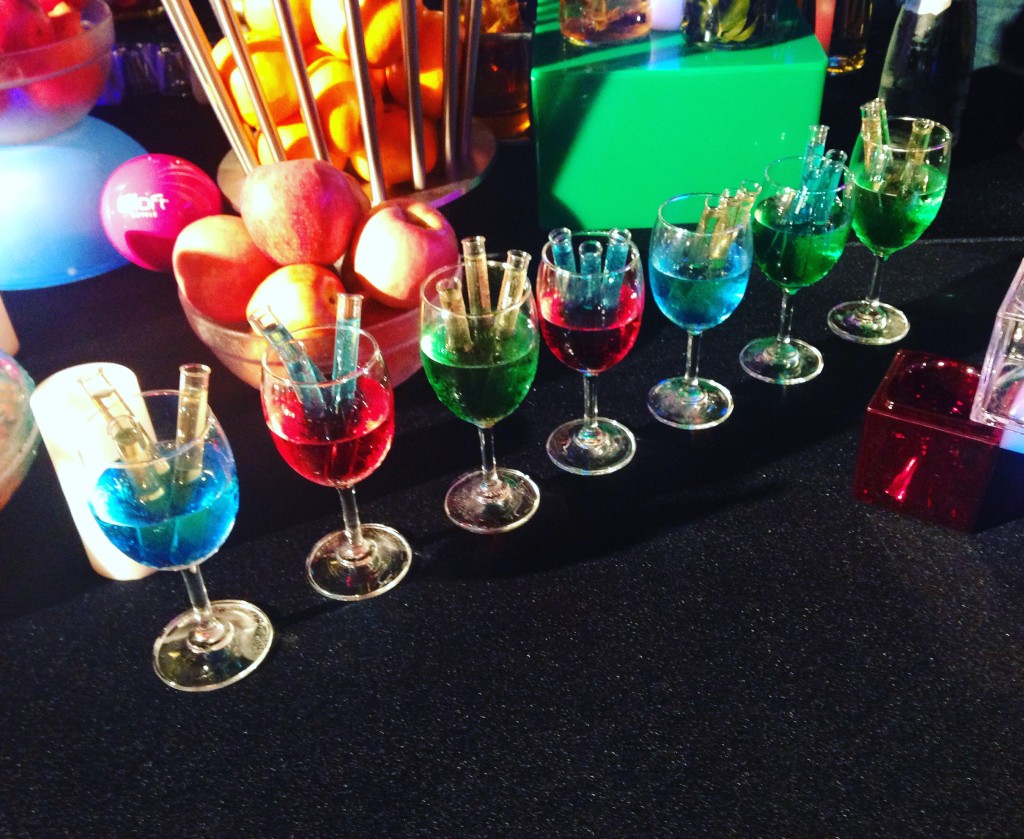 Let me assure you though, no visit to Aloft CBP is ever complete without Chef Sandeep’s amazing concept dishes, and this was no exception. While the drinks kept pouring, it was the amazing party snacks from the kitchen that kept us munching and crunching. The Mutton turkish seekh andchicken galaouti were amazing! It’s not often that one gets chicken galaoti, and even rarer that it was so delectable that it was literally melting in the mouth! While I was quite full for the mains, the pan seared chicken with sun-dried pesto risotto was quite nice. I did ask for extra sauce, but that’s coz I like the chicken to be a little curried. The dessert was yet another amazing surprise with red velvet, brownie and fruit tart. 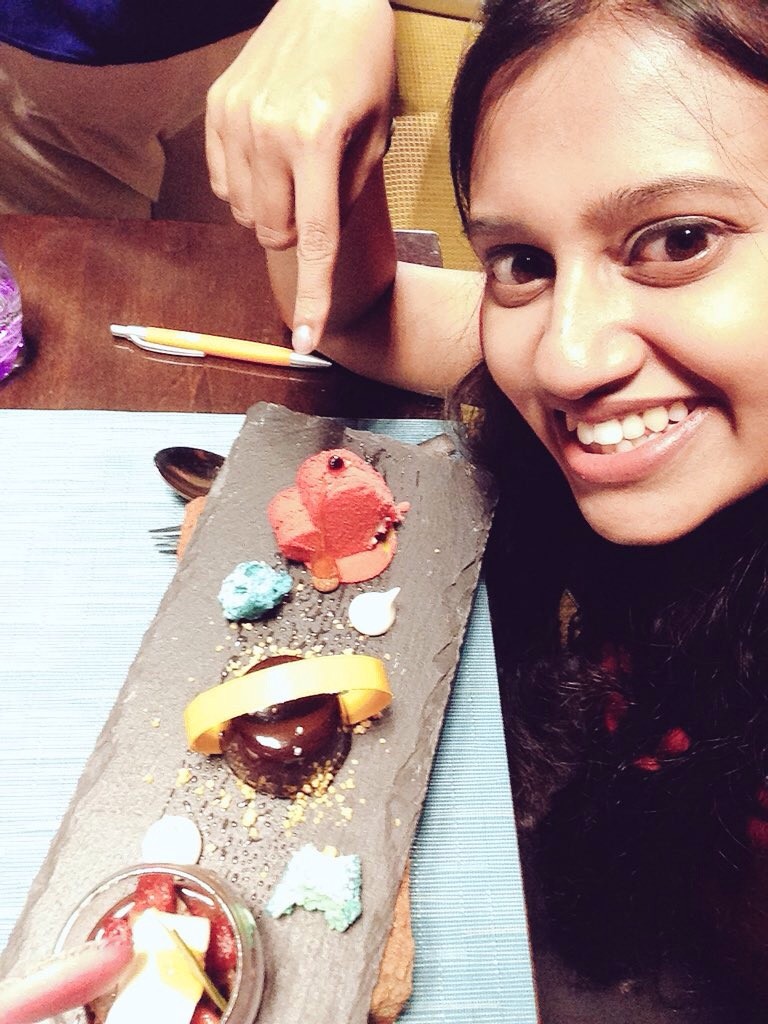 That’s me with the Dessert Trio 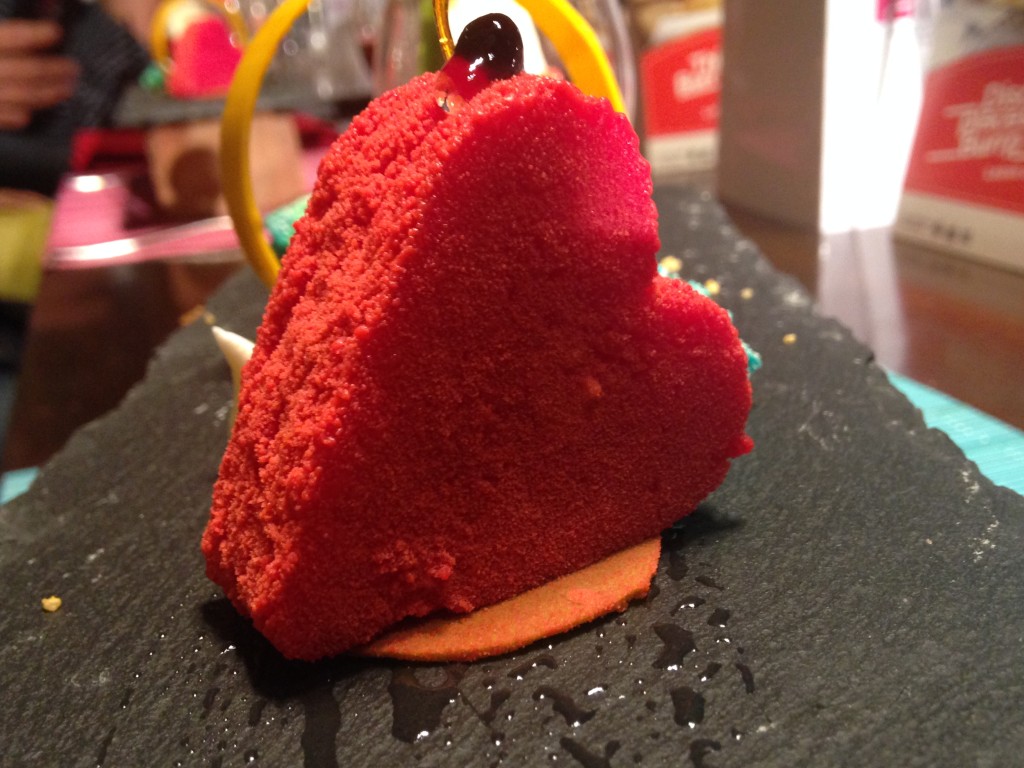 Nook has a Kashmiri Food Festival starting 15th February, running until the 26th, where some mouthwatering dishes from the far north of India and frontier would be on their buffet. Read about other food festivals in Nook http://www.sheknowsgrub.com/nook-aloft/

A Feast to Remember – The Oberoi, Bengaluru