The Art of Pairing with Amrut 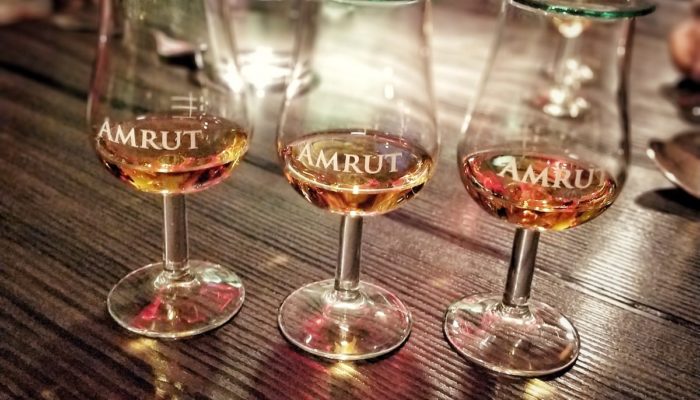 Whisky, especially the single malt, is a classic drink that’s known to be best enjoyed on its own. The expression and the subtle nuances of age, taste, aromas and finish is appreciated perhaps with a little water to open it up. But as a platform to spread the awareness about the expressions of whiskey and to build an audience for their newest malt, Amrut Distillery organized an Art of Pairing experiential session at Yauatcha last week. Tapash and I were fortunate to be invited to the event. It was a very interesting concept of pairing single malts with Asian food, perhaps not done before. And we were both looking forward to see how the evening unfolds. 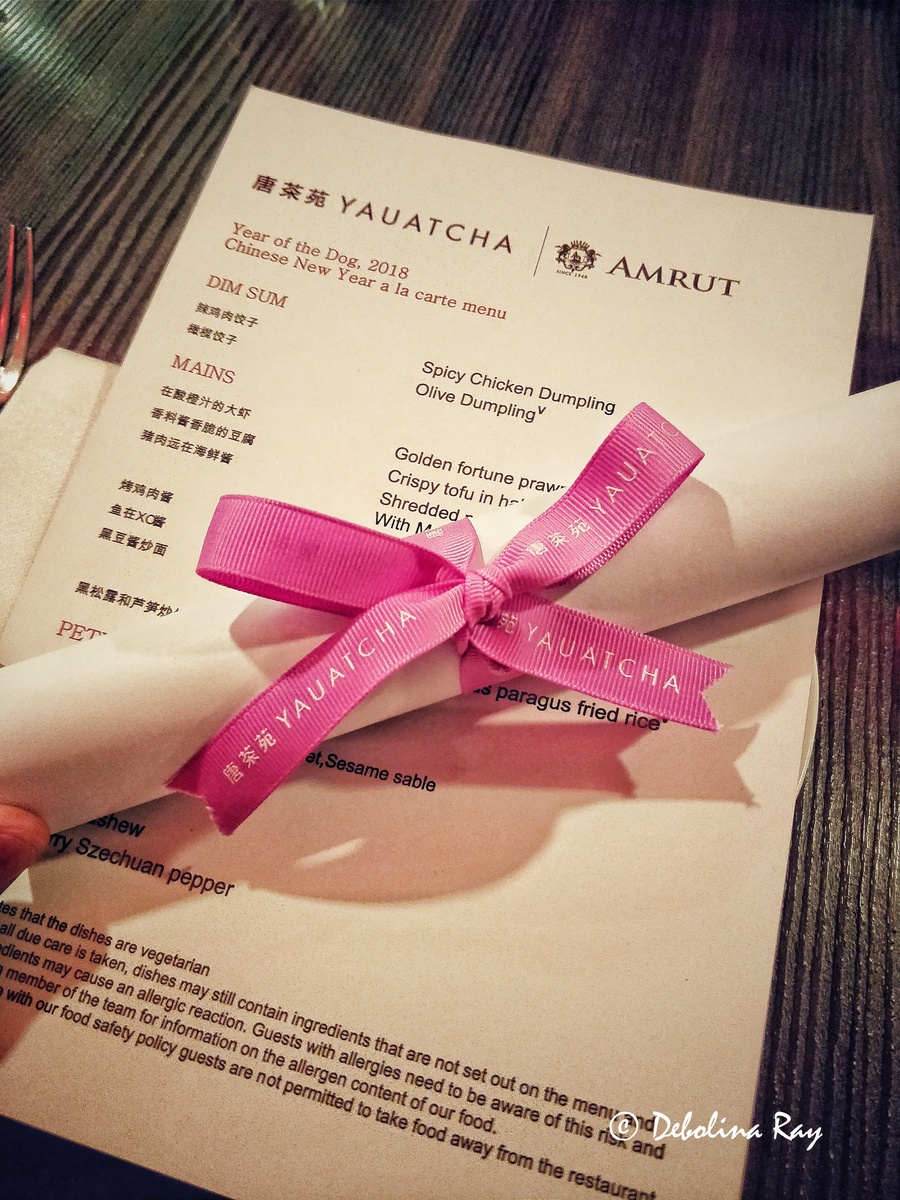 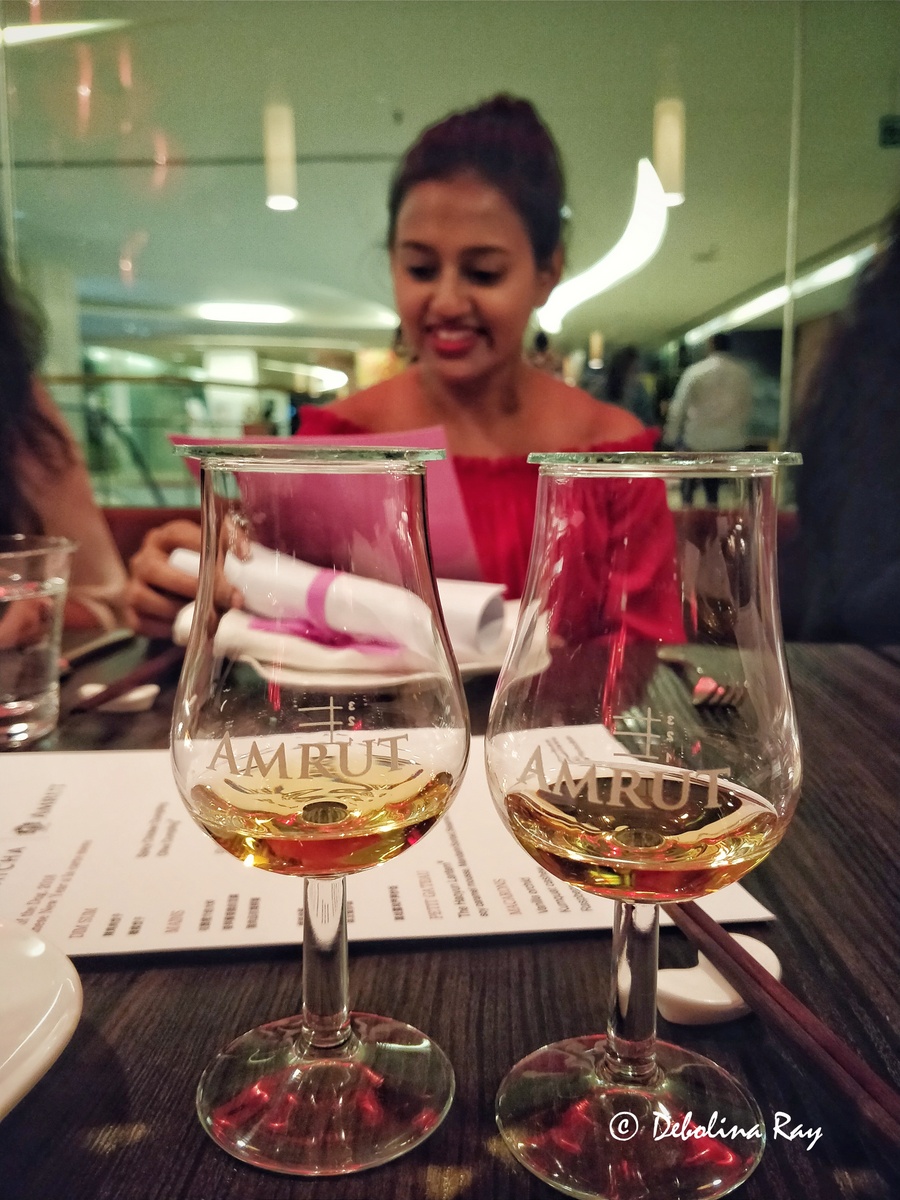 There were three drinks that were paired with appetizers, mains and desserts. The food served at Yauatcha was part of their Chinese New Year promotion, and also including signature dishes from their main menu. The brilliant Spicy Chicken dumpling and the signature Prawn Cheung Fun started us off. 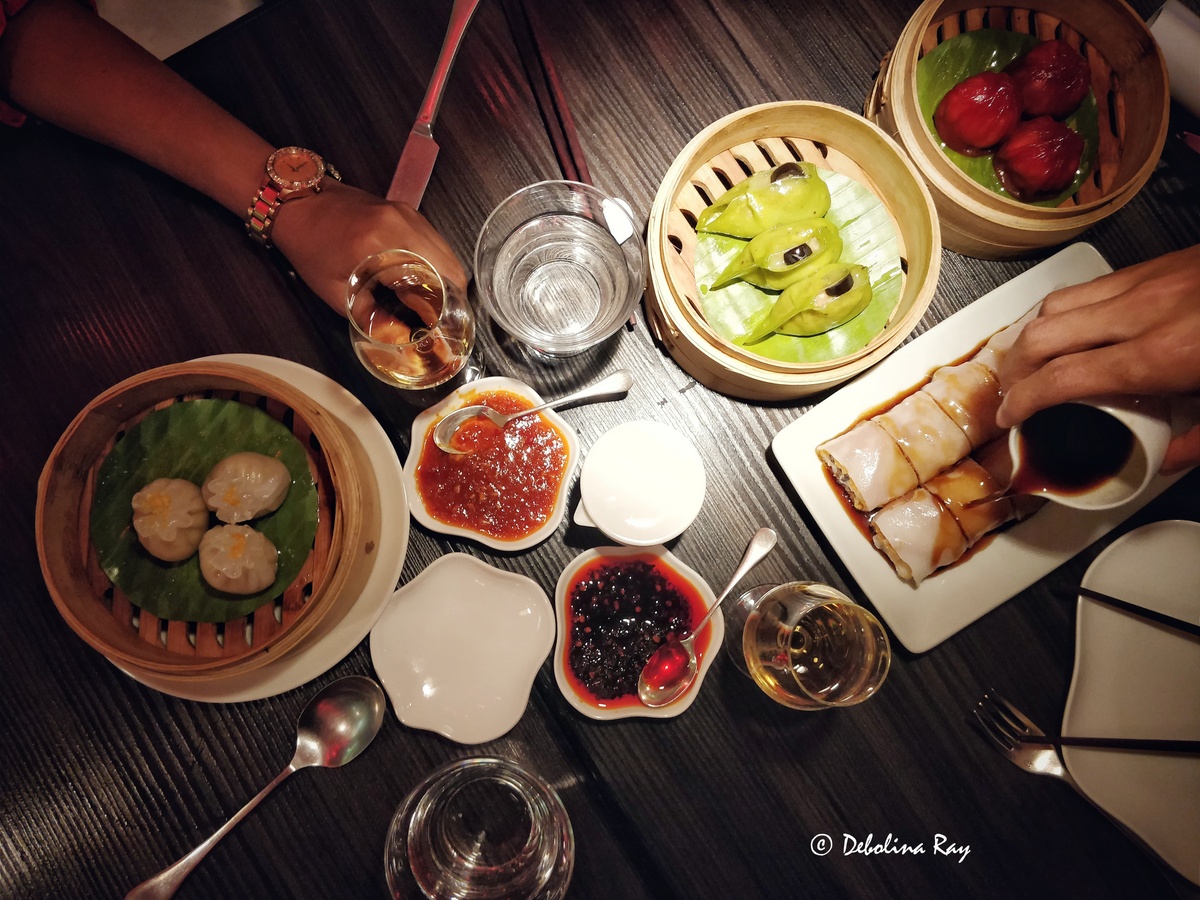 The whisky served had floral and fruity notes on the nose – subtle, not too overwhelming. Takeaway from the first sip was sweet and soft. Hints of cinnamon and apple added to the sweetness. Not a long finish, but a pretty smooth one. With the spicy sauces accompanying the dim sums, it was paired quite well. This was later revealed to be the newest launch from the distillery – Amrut Amalgam. Amrut Amalgam is targeted for the Indian markets, keeping in mind the alcohol content allowances of various states in the country. Amalgam brings together various select single malts from across the world. 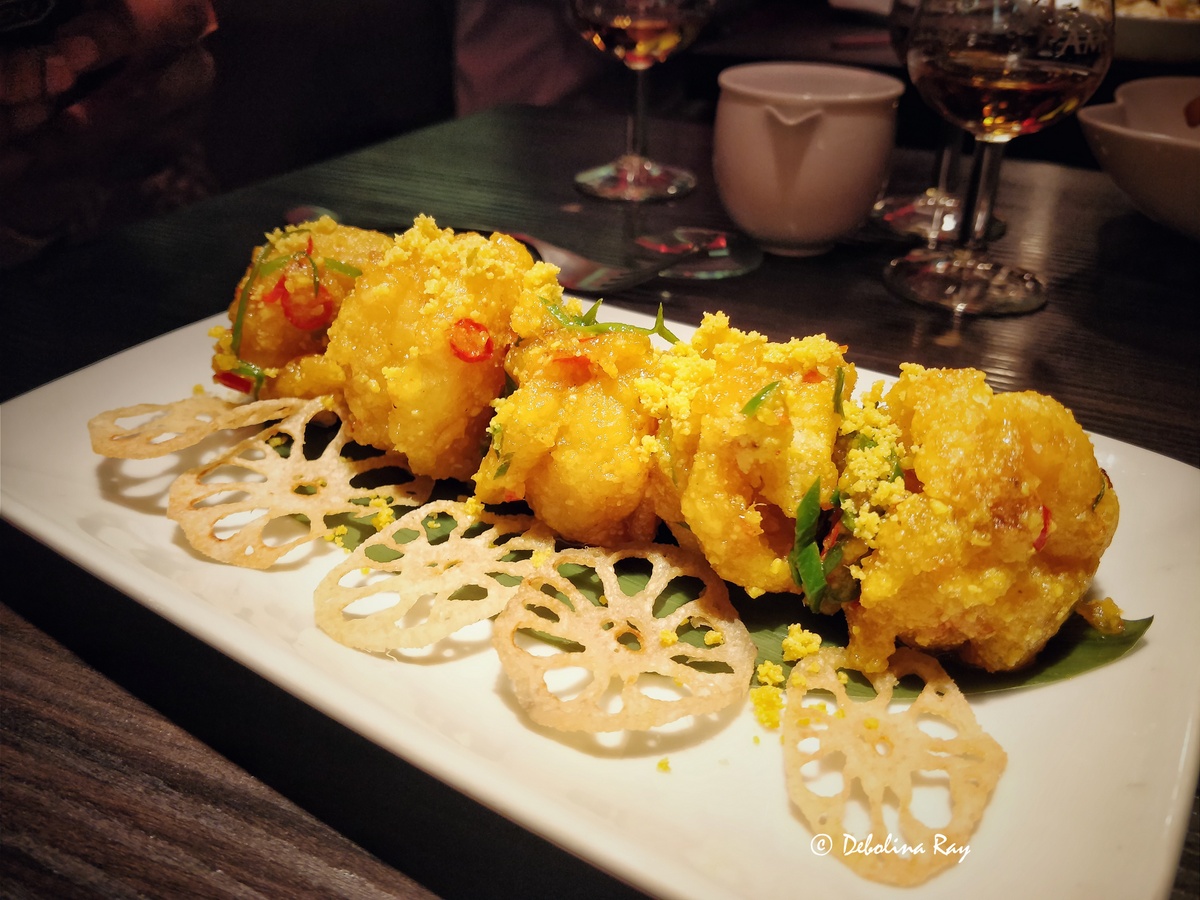 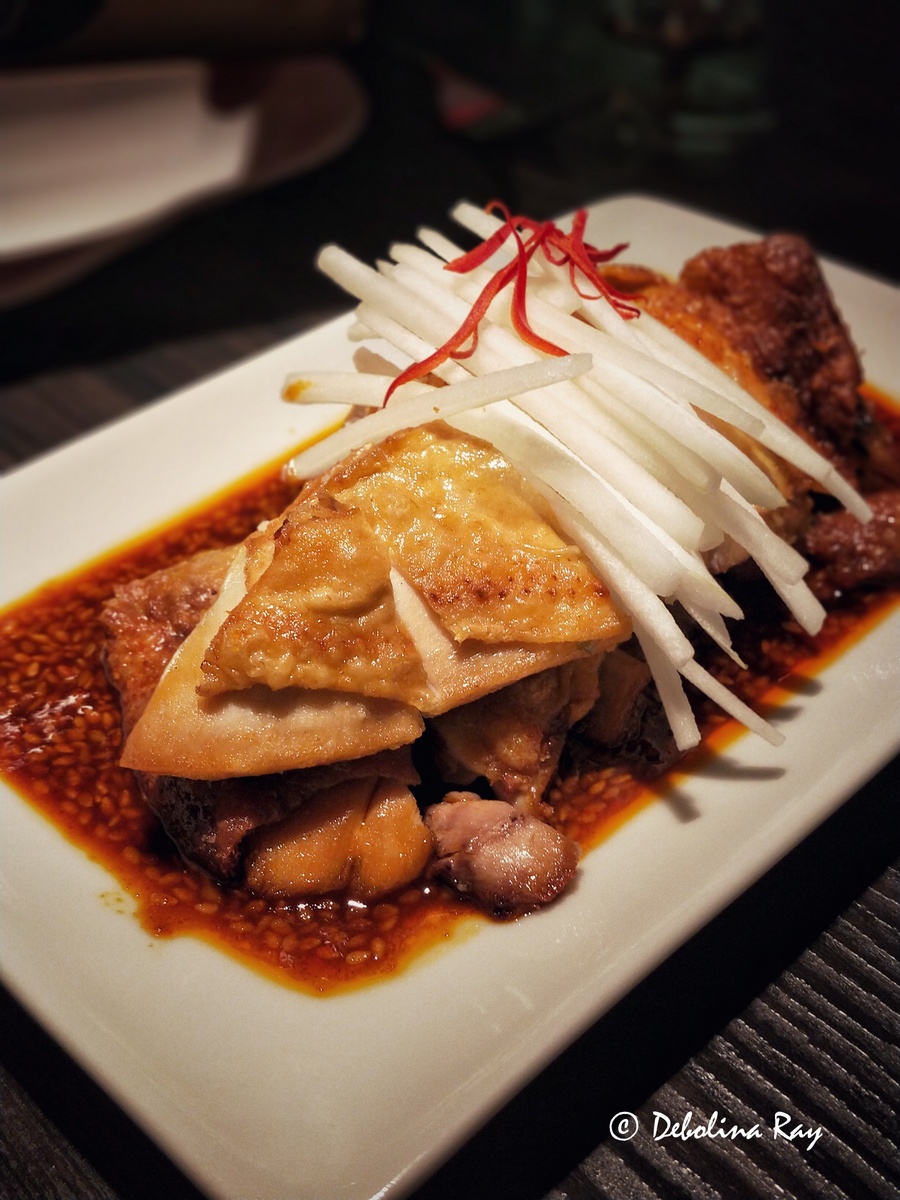 Next up were the mains – crispy tofu in hakka sauce, golden prawns in lime sauce and white snapper in XO sauce were definitely the highlights, while the black truffle and asparagus fried rice was outstanding! Paired with the mains, we had a beautiful single malt – mix of unpeated Indian barley and peated Scottish barley. Apricots and cinnamon give it a fruity aroma with a touch of smoke. And on the palate, the spice hit well. This was the award winning Amrut Fusion. The desserts were paired with Two Indies Rum. 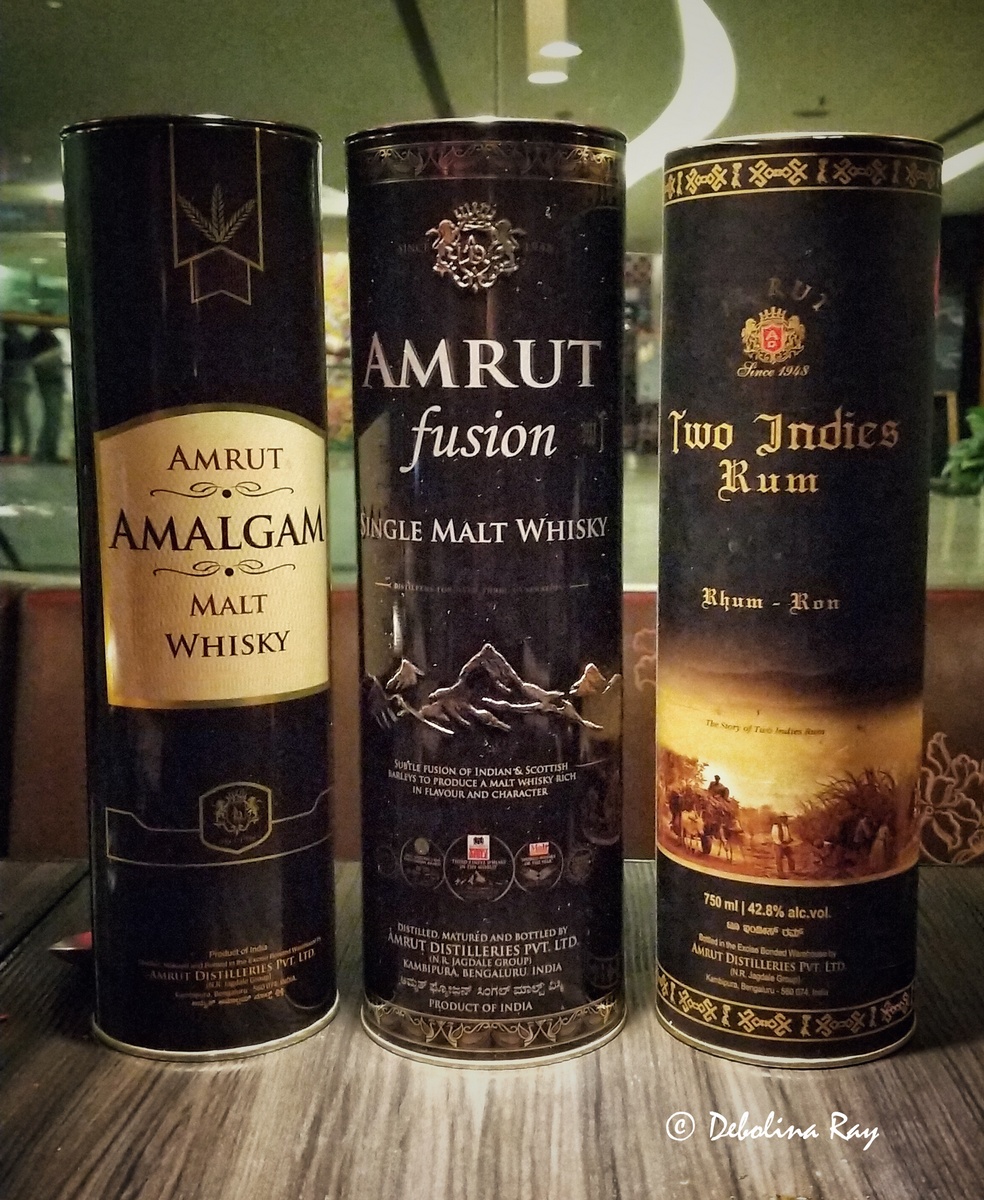 Behind the great taste! 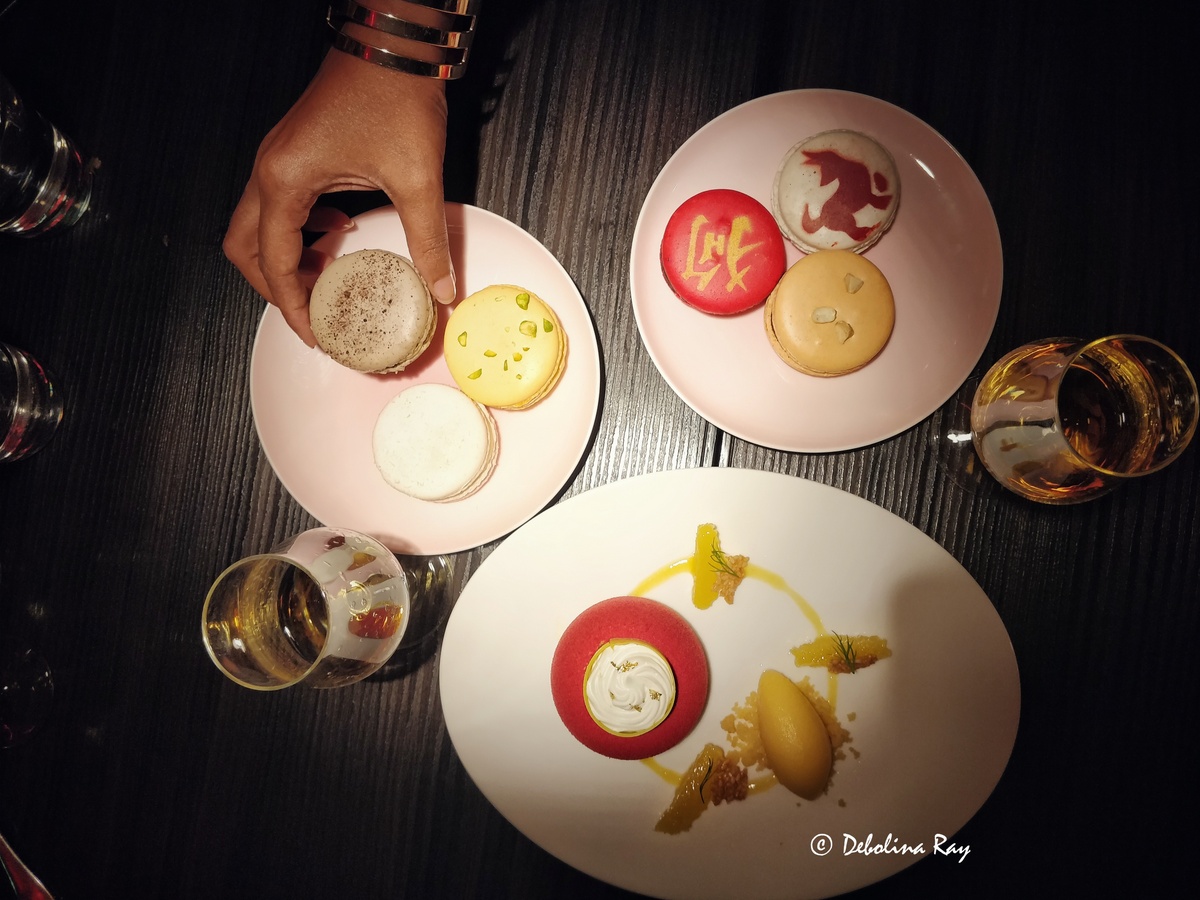 This was my second Amrut whiskey tasting. The first – conducted at The Glass House saw Mr. Ashok Chokalingam conduct a blind tasting of Amrut and a few other whiskeys. Read more about the experience here. Amrut Fusion has 50% alcohol by volume, and is not available in most states due to the regulated amount in India being a little above 40% V/V. Amrut Amalgam however, is available in stores.

Samaroh – A Vegetarian Restaurant – A Review