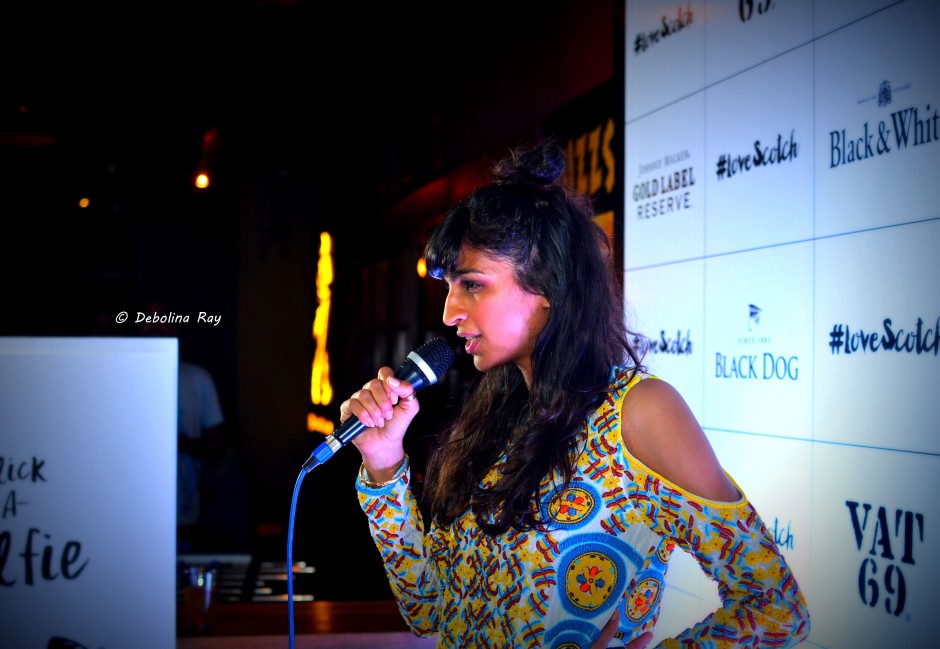 I was invited to the second event of #Lovescotch by Diageo last weekend. This was a sequel to the launch of the #LoveScotch movement in India, which featured celebrities like Randeep Hooda and Coco Rocha [read about the event here.] This week’s edition featured Anushka Manchanda – a singer, actor and performer from Channel V fame, as well as a concept band called Viva. The event also featured the Mentalist Nakul Shenoy! 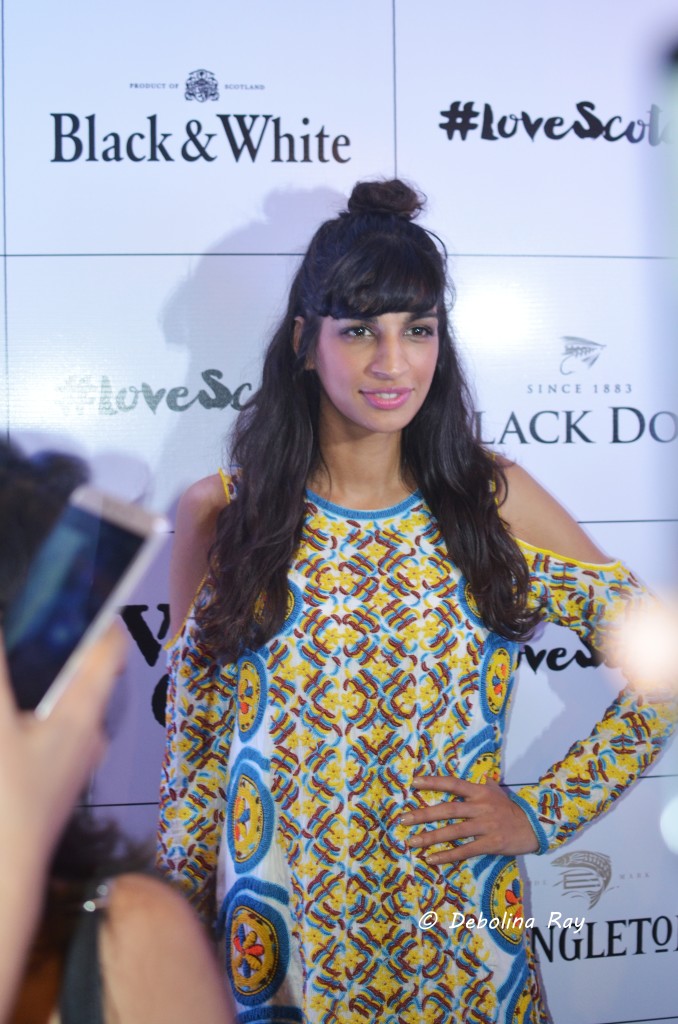 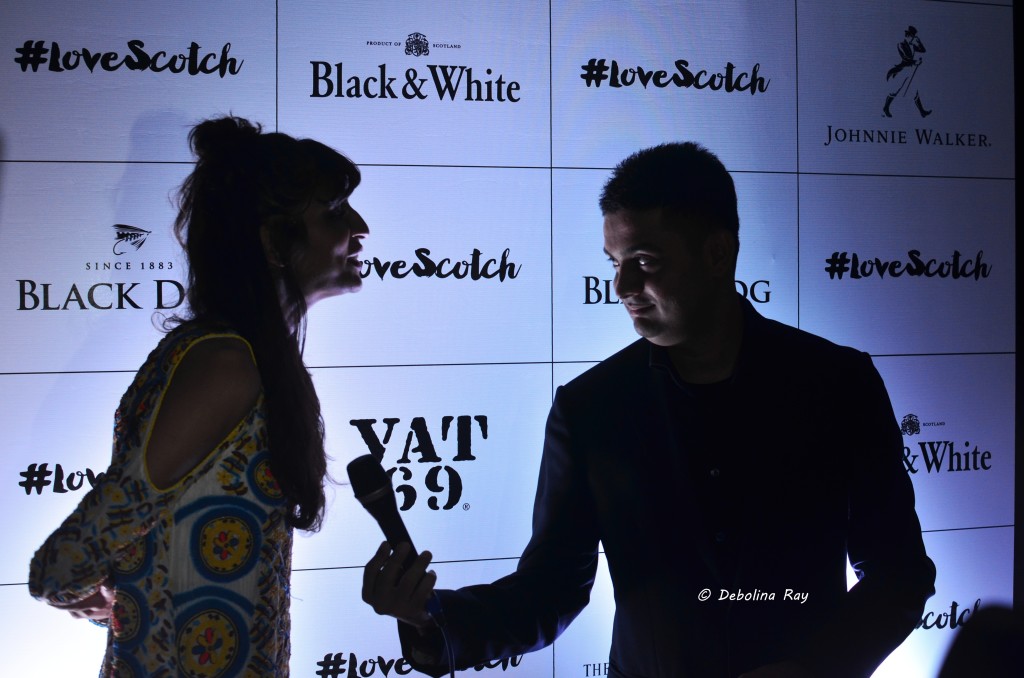 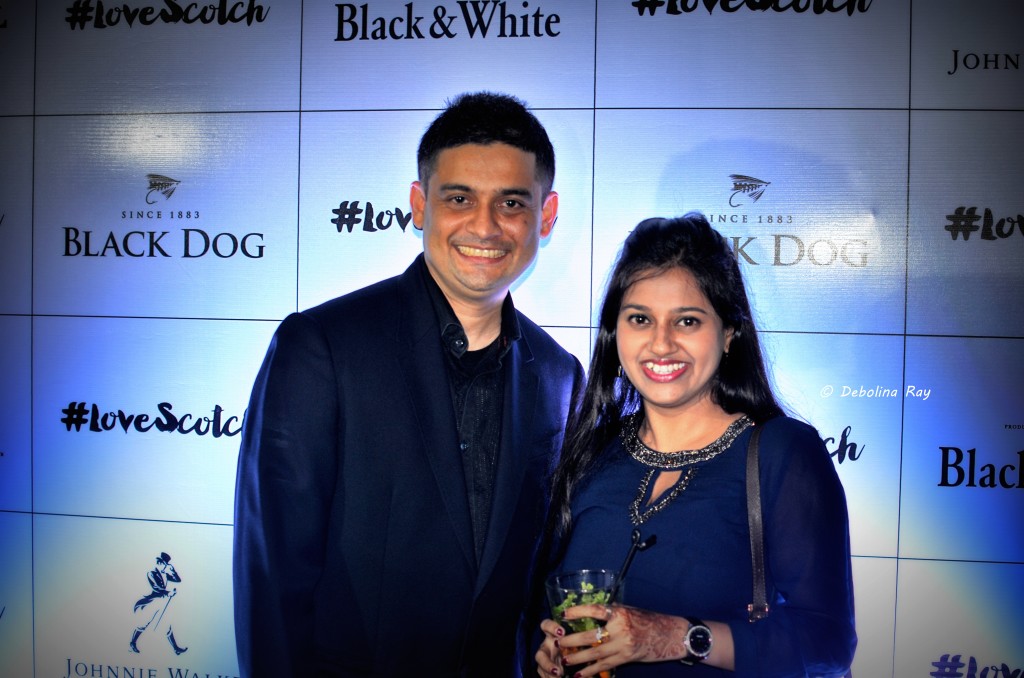 Together the duo started the event behind the bar at the newly opened The Permit Room, trying their hand at cocktail making while also engaging in candid conversations with press and media. From there, the entourage proceeded to Arbor Brewing Company, where the second part of the pub crawl was hosted. There Nakul demonstrated a bit of his mind reading skills, while Anushka agreed to sing a few lines, and then there were more whiskey cocktails! The celebs got behind the bar, and assisted by United Spirits Reserve Brand Ambassador Andrew Qadri. Anushka created the West Coast Julep made with the classic Johnnie Walker Black Label while Nakul created Sunset Cinnamon with the base of Black Dog Black Reserve and topped with bitters. 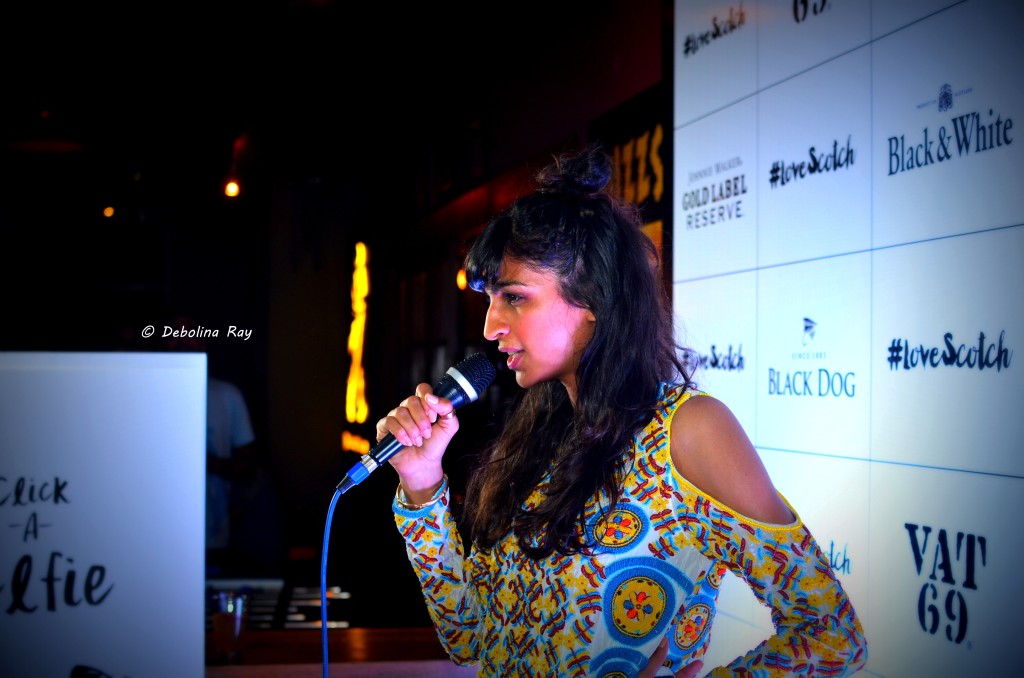 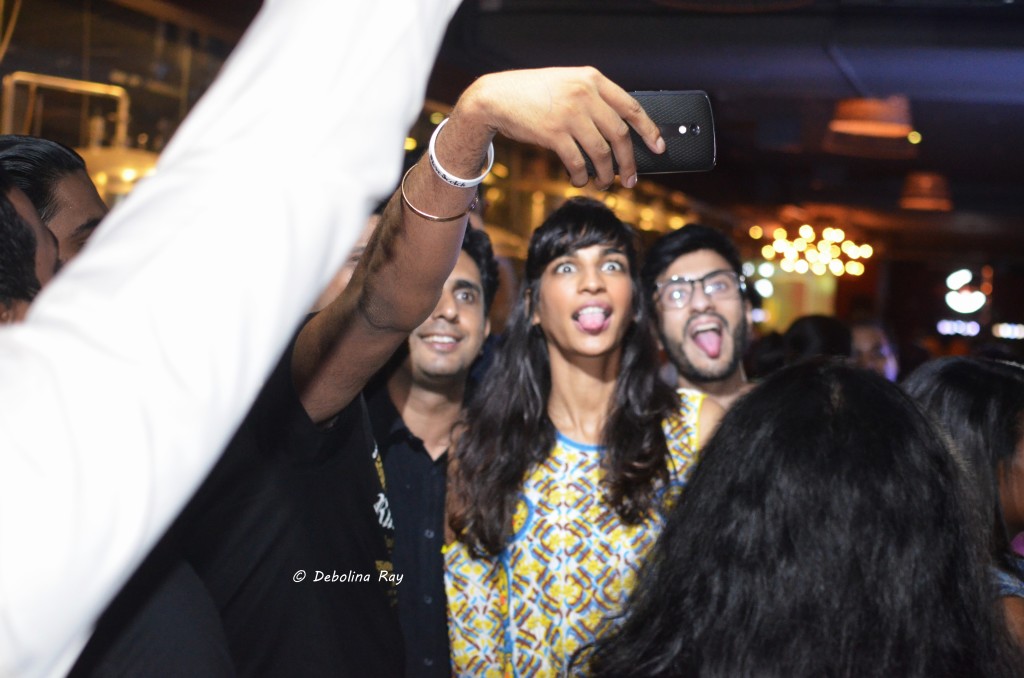 Nakul mentioned that his preferred cocktail was the whiskey with lemon and bitters, and this is one of the drinks we tried at Arbor. It was made with Johnnie Walker Red Label, a simple drink called the Red Label Mule – ginger ale, squeeze of citrus and bitters. Quite potent, and very smooth. Another amazing cocktail made with Black & White was the Orange and Mint Julep, again a simple concoction of whiskey with citrus notes of orange and topped off with a bit of mint. 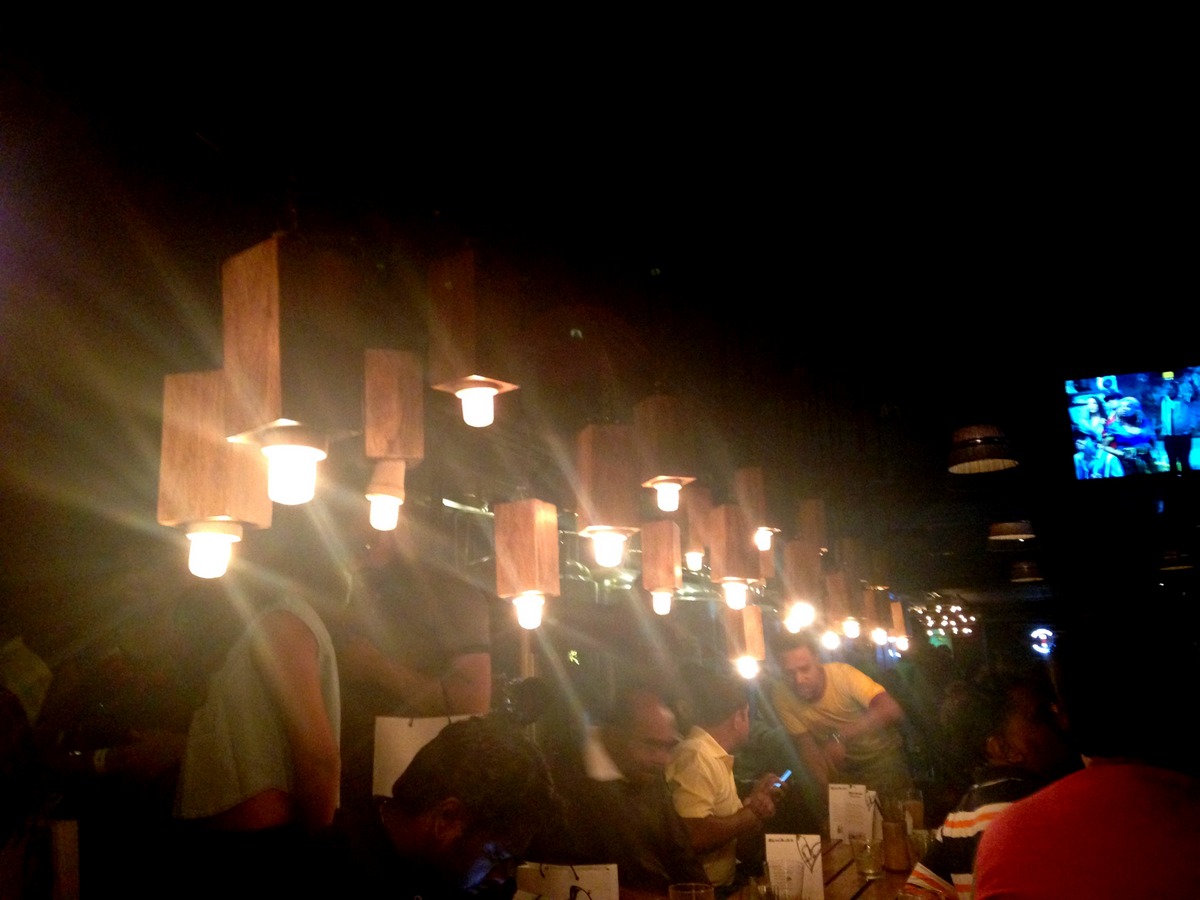 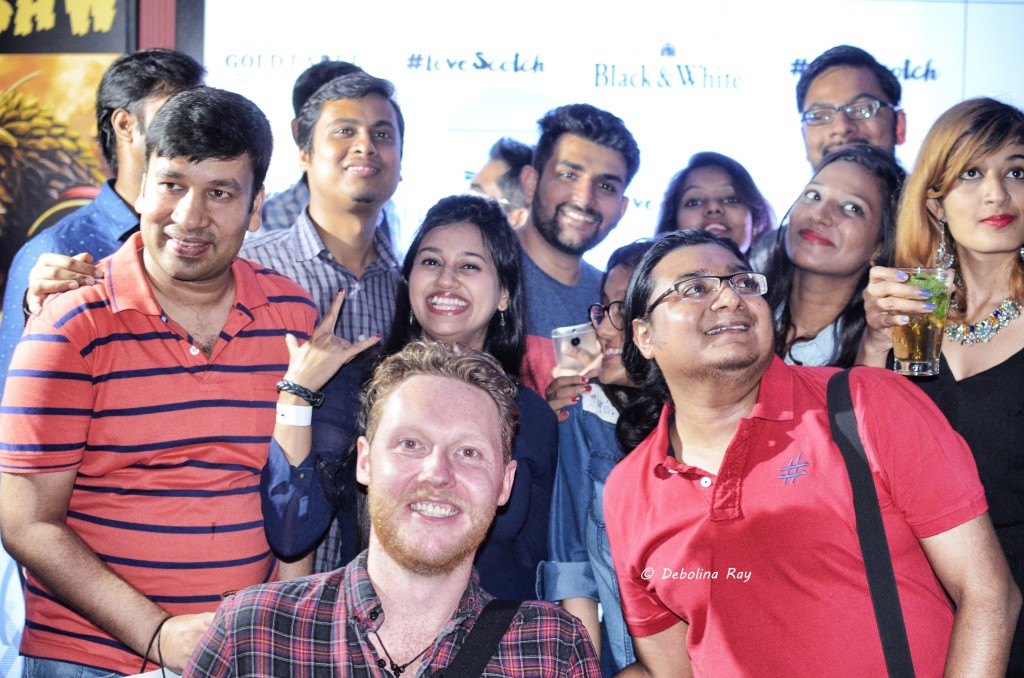 No one knows where to look! 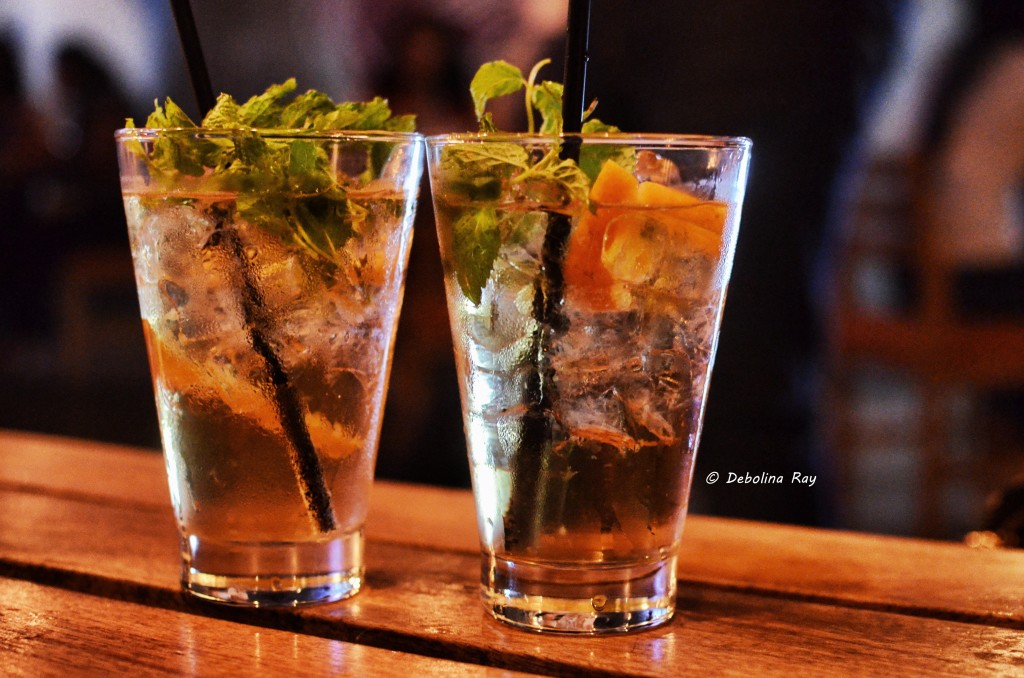 After this, we headed back to The Permit Room for dinner, read my review here. But not before a lot of crazy pictures with the selfie booth that was set up at Arbor. Cheers, more to come by #LoveScotch by Diageo. Cocktail recipes coming up shortly, stay tuned people!