The Amazing Ljubljana – Capital of Slovenia 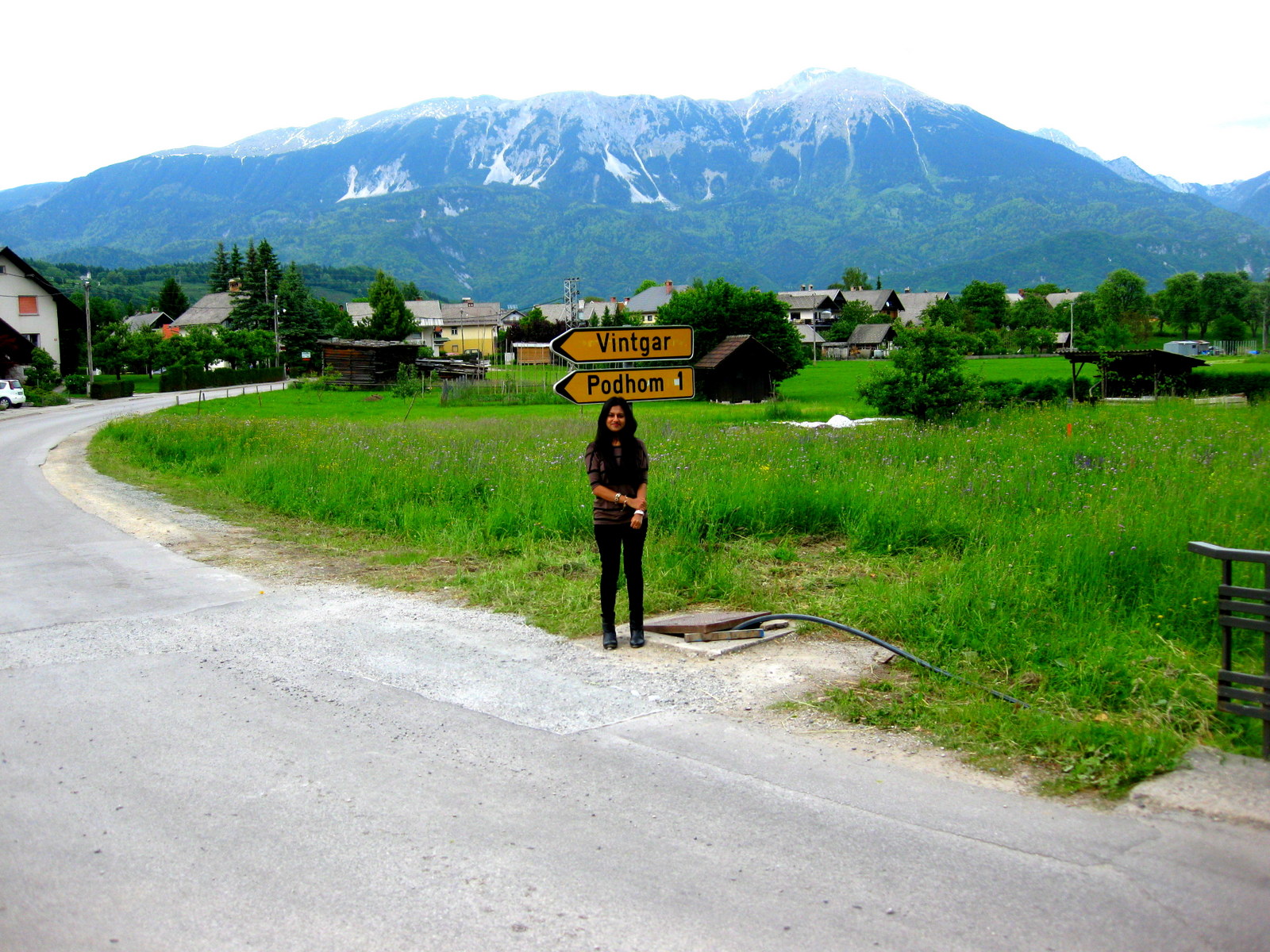 My visit to Slovenia was a while back. But considering that it was one of the places which made a very lasting impression on me, I thought it’s about time I wrote about it. Slovenia, part of former Yugoslavia, has a very complicated and interesting history of its formation. Yugoslavia’s dissolution in 1991 led to the formation of this country of the Slavs, a country with an amazing abundance of trace materials, natural environment and water sources. It’s strategic location led to a rapid and exponential development of this country, and the people here speak Slovene, Croatian, Macedonian, Hungarian, and a few more, and often, goad each other jokingly about their respective superiority.

I was visiting for 4-5 days in March, 2012. The capital of Slovenia is Ljubljana, a no mean feat pronouncing THAT right! So I was booked into a place in the city centre, right next to the 3 bridges, which is a tourist hub. It was also near the work place, and had good reviews on trip advisor. Well, let’s say it wasn’t what I expected. I was coming to Ljublana from Stockholm, where I stayed at a boutique hotel with a view of the Ericsson Globe. Wrong frame of comparison! Moral: DO your research on hotels, even if you have no control over it! The plane that landed me there was a tiny air craft, with barely enough room for bags and the passengers. There was the FIBA event happening when I reached at 11pm in the night. The taxi dropped me off at a curb; saying further ahead was the walking area. Great! I got off and started lugging my bags and asking the locals there for the hotel’s directions. People were clueless.

Walking along the Three Bridges

I wasn’t really up to a hike after a long week and a shaky flight in a tiny plane. One of the people I asked was a girl, probably in initial stages of intoxication, who decided to be my savior for the night. She asked around, found the by-lane where this hotel was, and in one inconspicuous entrance was my hotel. Accompanied by my new found friend, I went to check in, thankfully that didn’t take long. They didn’t have a lift, but the staff very courteously lugged my bags to a tiny room, with a 2X2 bathroom, a fan, a mid-sized bed and ONE plug point in the room.

Drive along the country side

I intended to take a trip with some tour company the next day. I went to the tourism office, which is on the 3 bridges (an amazing walk every time), and they just handed me fliers and told me some options in broken English. I realized I would have to take matter in my own hands. I headed to the bus stand, about 500 meters from the bridges, and got tickets to the Lake Bled, sat on a bus, and was on my way. Where the bus dropped me off, there was a big tourist office for adventure sports and group activities. Me, loner, asked directions to the lake and headed there.

Lake Bled was the single most beautiful and calm view I had ever seen. The lake surrounds Bled Island. There were families having cute little picnics and luncheons. Not too many, as rain was predicted. This vast, deep blue water surrounded by lush greenery, not landscaped greens, but all natural, a castle on top of a hill, it was breathtaking from the first sight.

Sometimes in life, too much preparation takes away these moments of happy surprise. And in that moment, all the fatigue from the trips and troubles just gave way. Walking around the whole lake was nice, seeing small stalls, games happening, kids playing. I tried some of the street food, their hot dogs and sandwiches. Nice and fresh. Then I joined a line for the ferry to take people to the Bled Island. A calm, serene journey, I could barely hear the chatter from my fellow passengers. A lot of people there hadn’t seen people from India, so some spoke to me, curious. The island itself had a few buildings, but primarily a Gothic church, housing artifacts from various centuries. I walked around the island and inside the church. The prevalent tradition is for the groom to carry the bride up the stairs for good luck! I didn’t get a lot of time on the island, as the last ferry out was around 5. But I did meet people visiting from various parts of Europe, who shared their experience in the country so far. Fellow travelers: always a good thing to take advice from.

Not wanting to call quits after being back to the mainland, I decided to ask around what else was possible to see. A canyon nearby was recommended, Vintgar Gorge. There are shuttles from the lake to the canyon, but with no one to share the journey, I went alone, and asked him to pick me up. To be honest, I hadn’t been to a canyon before, I wasn’t sure what to expect. I wasn’t wearing the most sensible shoes, but that’s something I always fail to do. Despite that, I refused to be deterred, and entered the canyon park. I was supposed to be back in an hour, but it’s the kind of place you could get lost in. Forest, with bridges built for walking, a long, long hike.

There were small wild creatures peeping around, and chirping and singing, making it a harmonious music of nature. I barely made it back to catch my return shuttle, and barely remember the bus journey back. I was tired, spent, happy, calm and re-energized all together.

An amazing experience, still stands unparalleled in my life.