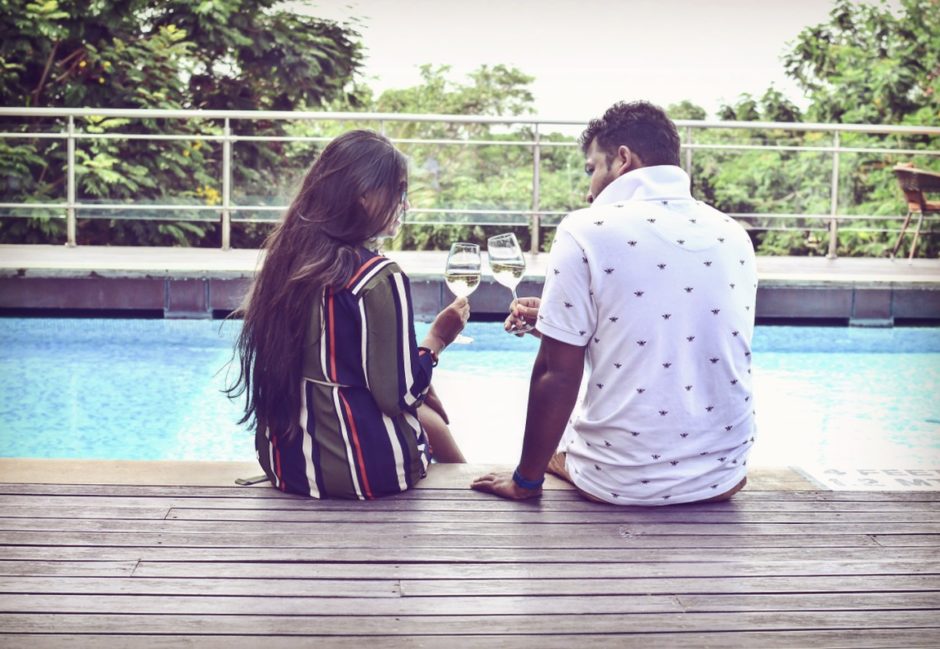 Sometimes, spur of the moment plans turn out to be better than the best laid ones. And that’s exactly how our visit to Country Inn & Suites by Carlson happened. It was the launch of their south-eastern food festival and a long pending staycation that took us to Mysore. I love going to Mysore. It’s a pretty perfect hub if you want to travel further to Mangalore, Bandipur etc. Also on its own, there’s a lot to see, do and experience in Mysore. So as is customary in most of my trips to Mysore, we did a small detour to go to the glorious blue lagoon. 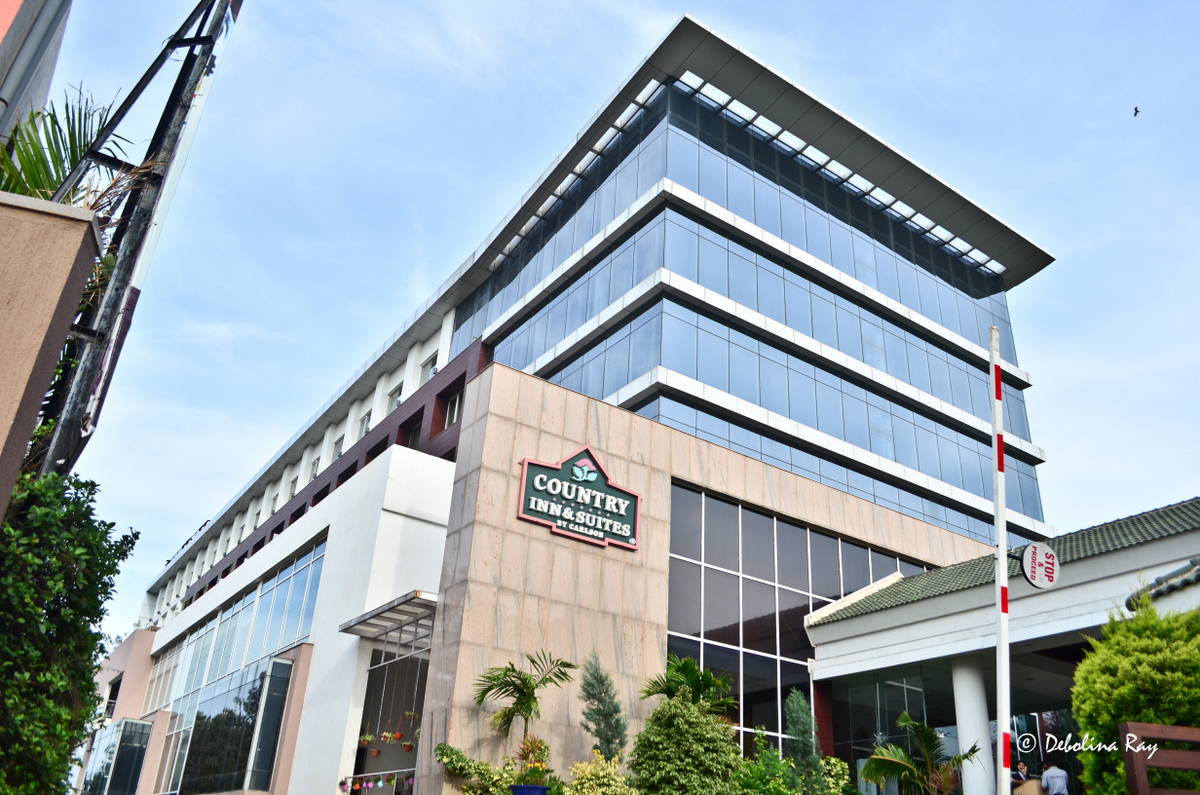 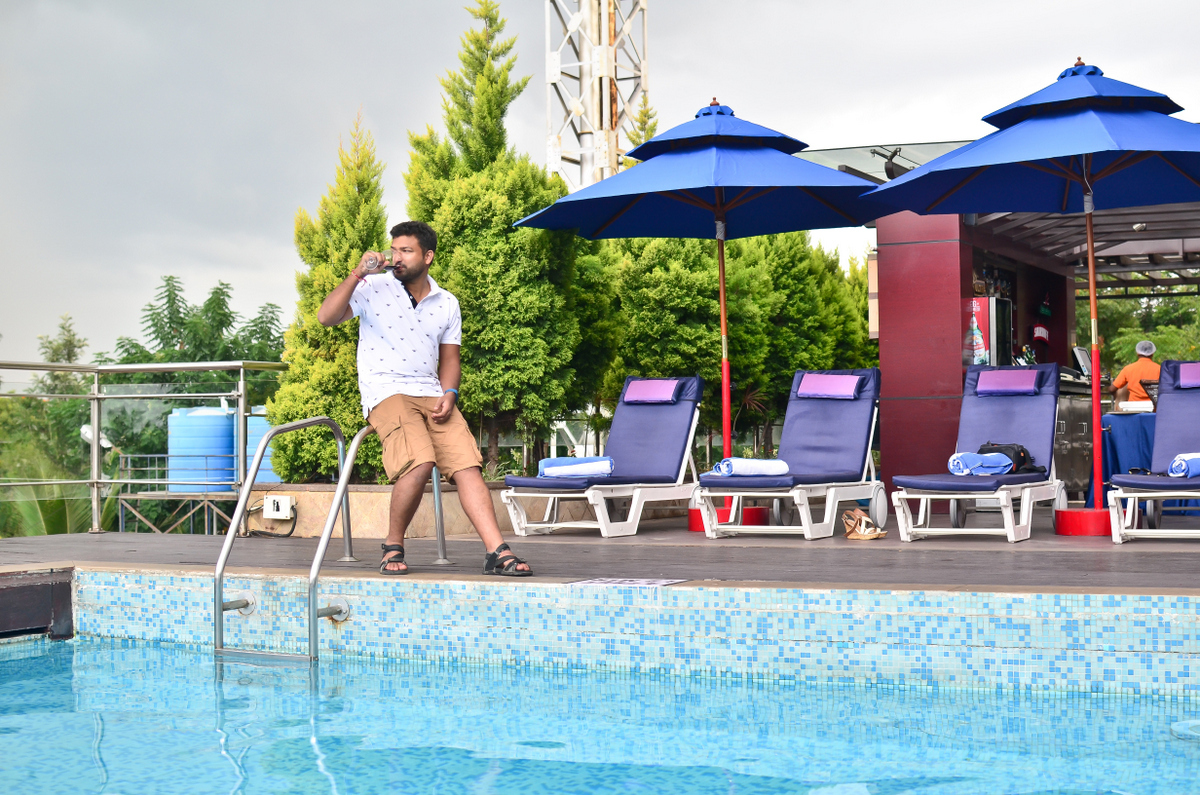 We reached the hotel property around lunch time. It had been a while since I headed to the Infosys side of Mysuru, and was good to see the way this area has expanded over the years. The rooms allotted were suites – the ones on the 1st floor have a nice sit out. The décor was classy and elegant.  All suites have a living area – complete with television, a work desk, couch and a guest toilet, a spacious bedroom and an enormous bath area. And the mini bar was well stocked, with a lot to eat and drink. The area is perfect for a family, couple or with kids – quite spacious to move around and also have space. 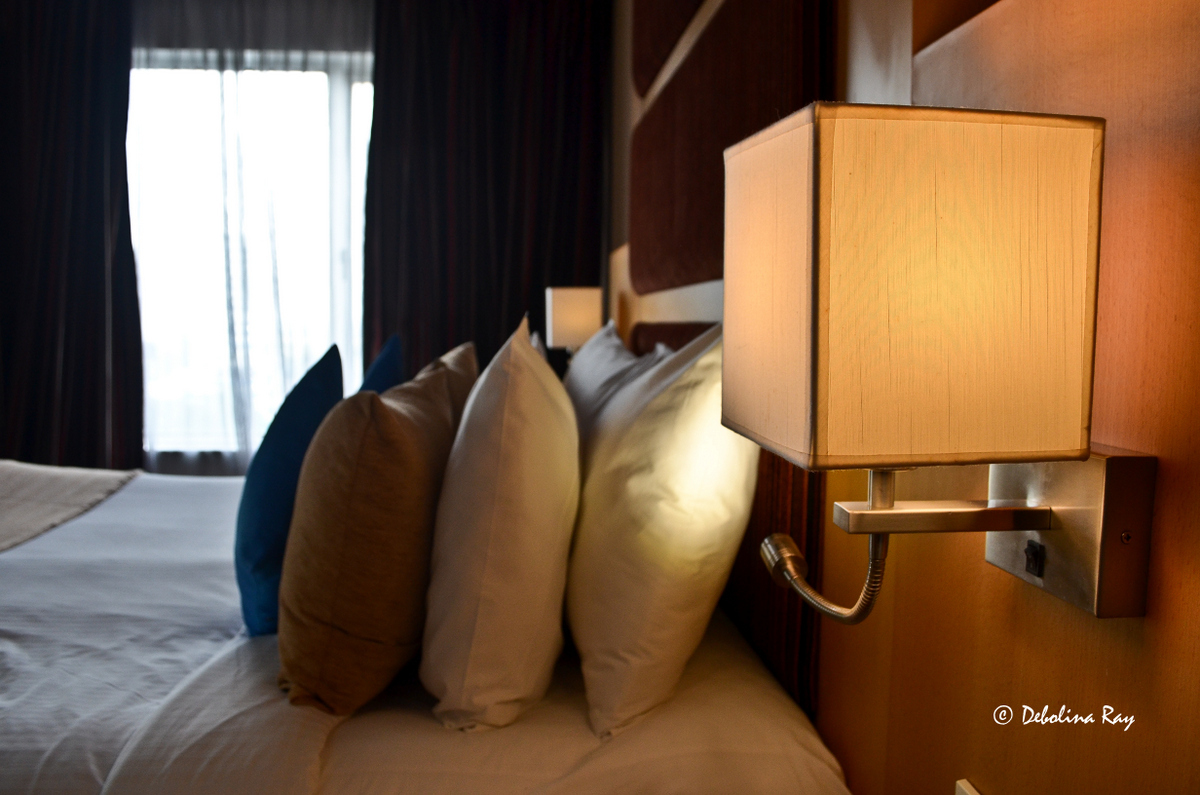 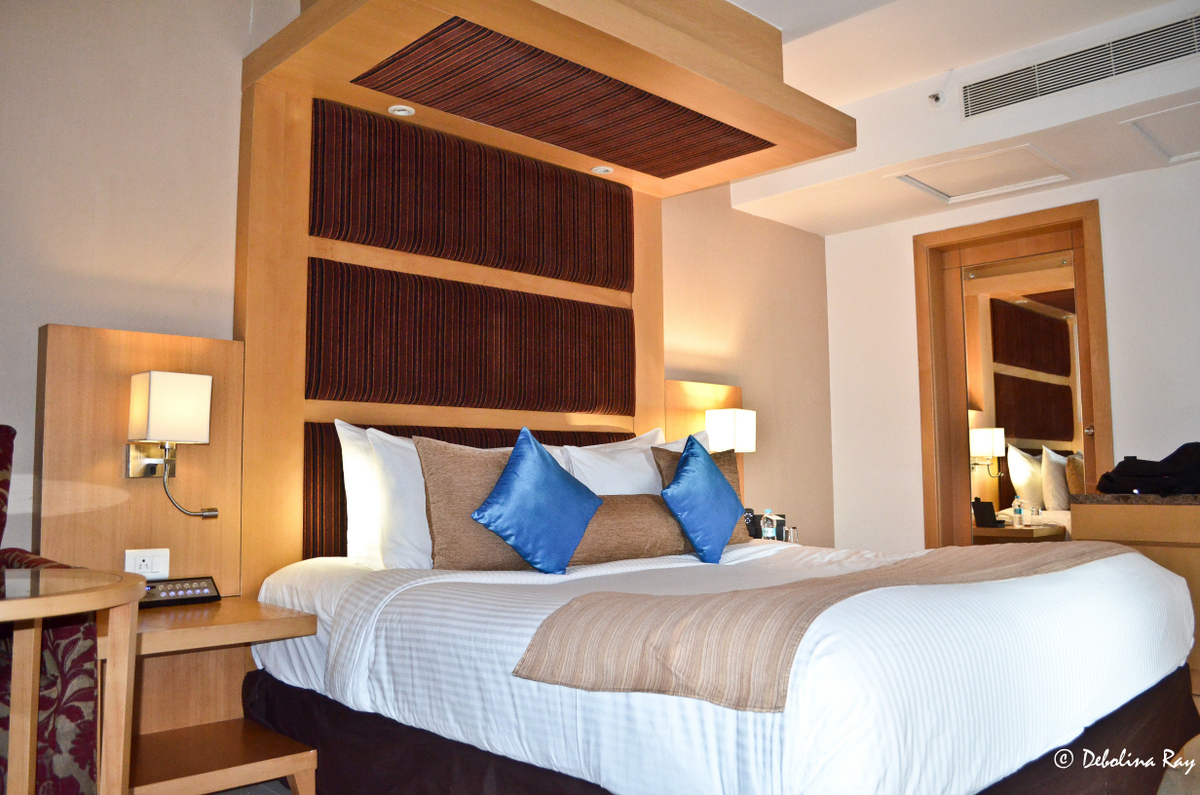 For lunch, we headed to the Mosaic restaurant, where there was a buffet set up. The executive chef also whipped up some in house specialties in addition to the spread available. We tried some kababs, mutton curry and biryani. Sated after a nice lunch, it was time to unwind a bit, and that’s when we headed to the poolside for a little bit of lazing around. Well, to be fair, the guys were intending to hit the gym, before we were graciously offered wines by our hosts – which yes, pretty much derailed all fitness plans! 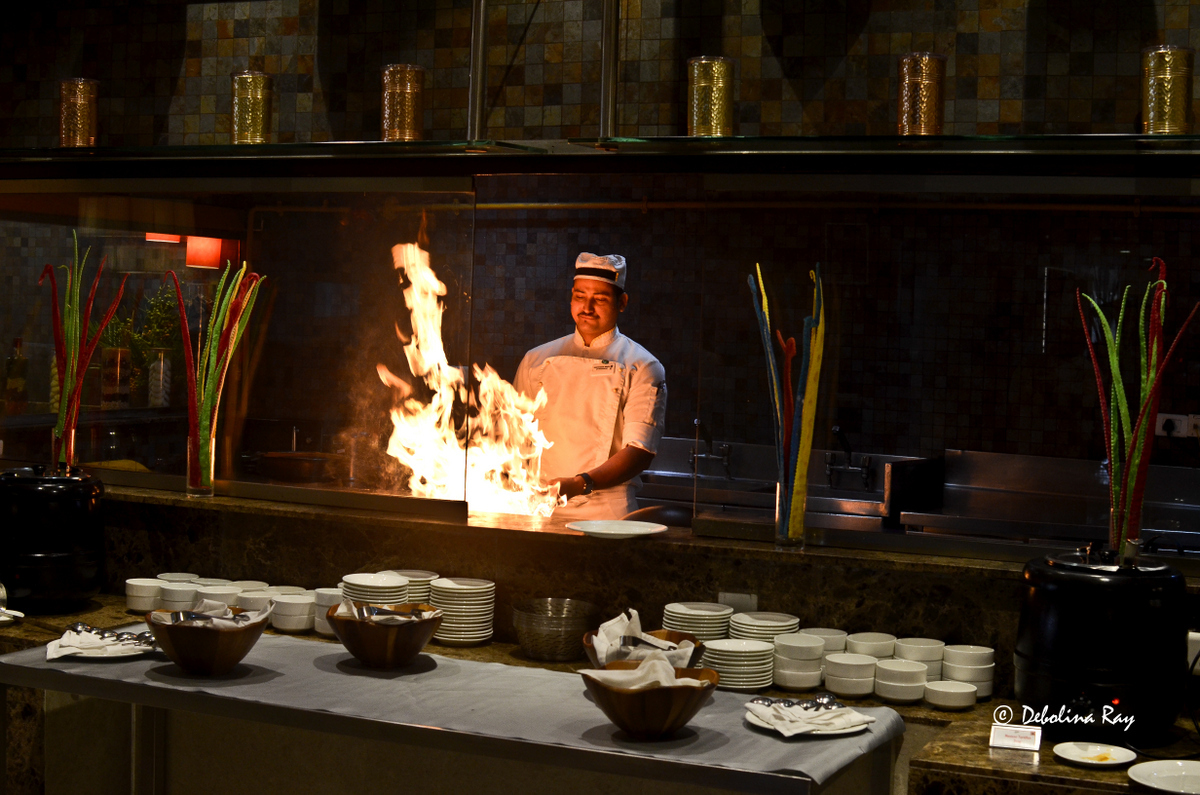 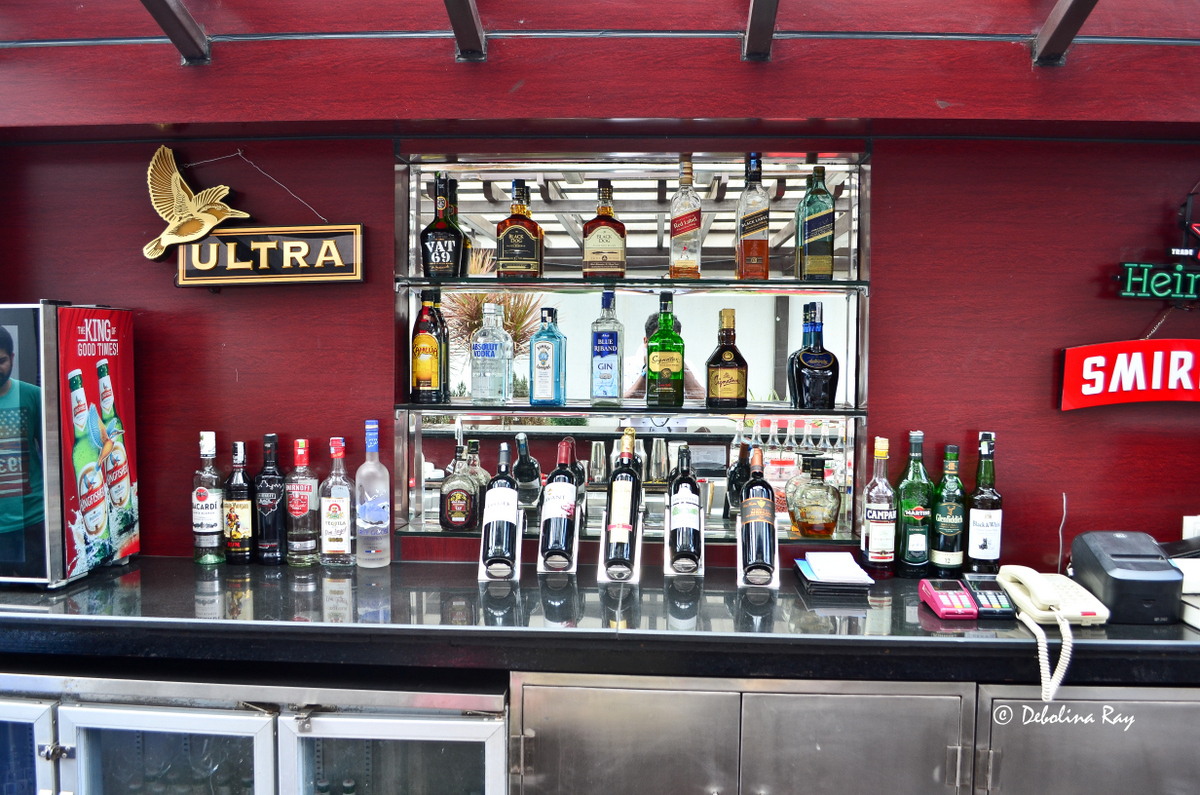 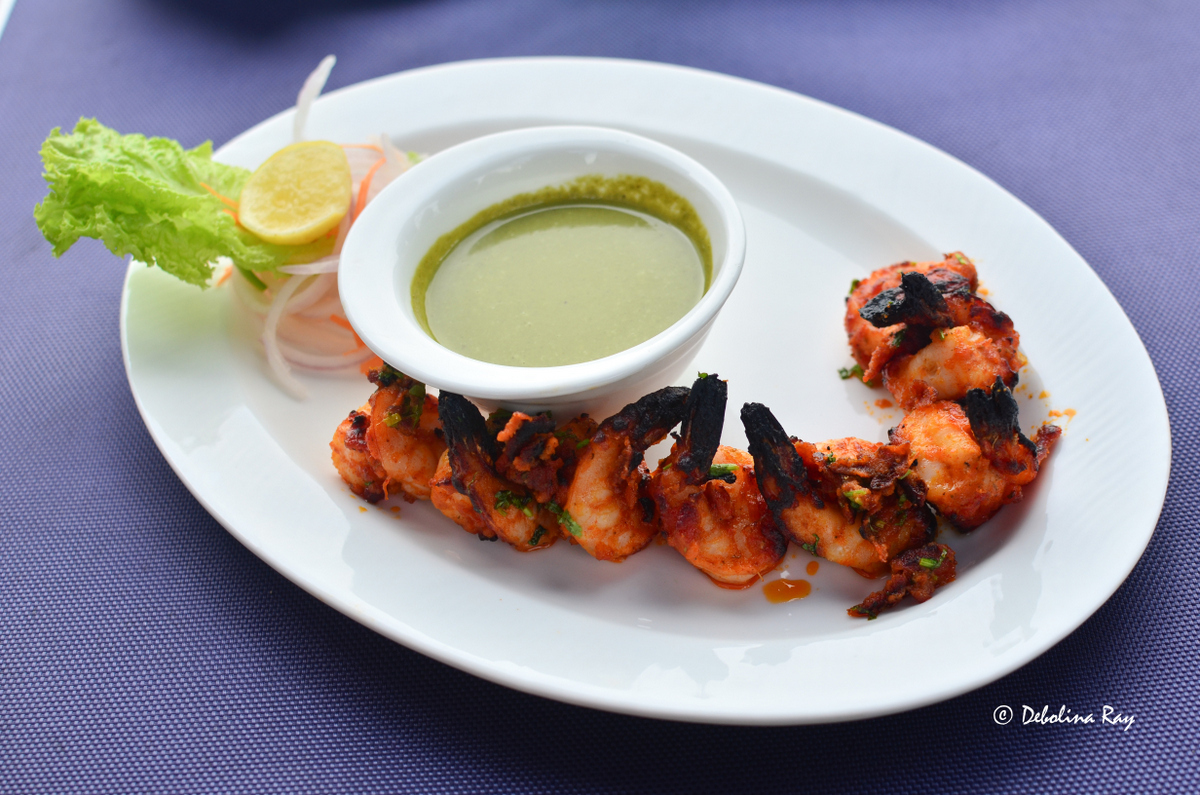 A few hours later, we attended the launch of the south-eastern food festival – which had the press and patrons and in house guests were given an experience of the menu. The curated menu featured various regional cuisines like Thai curries, Rendang and Massaman – good renditions of the dishes. These would be part of the combos available in the restaurants. 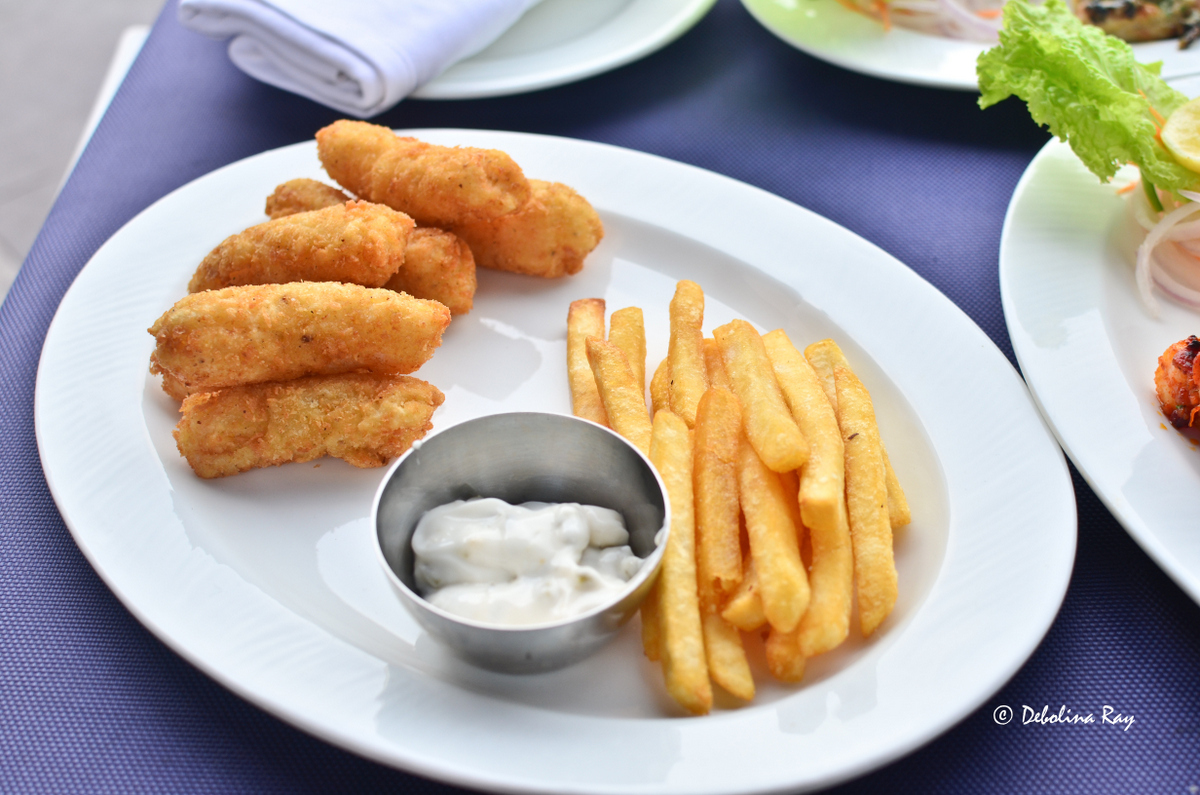 The next day was a spa day – and I have to say that the in house R3 spa is definitely a major highlight of the Country Inn & Suites by Carlson property. With several massage rooms, and a comprehensive menu of services and expert masseuse. I opted for the Balinese massage, while Tapash picked the R3 signature massage. For both of us, the massage experiences were truly superlative. For Balinese, the massage was done with variations in pressure, with concentration on my back and shoulders. The masseuse worked well to dispel the tension knots on my lower back. Well an occupational hazard for most of us. The entire experience was very relaxing. Then I spent some time in the steam room after an hour-long massage, after which a nice cool shower and a short nap was just perfect. 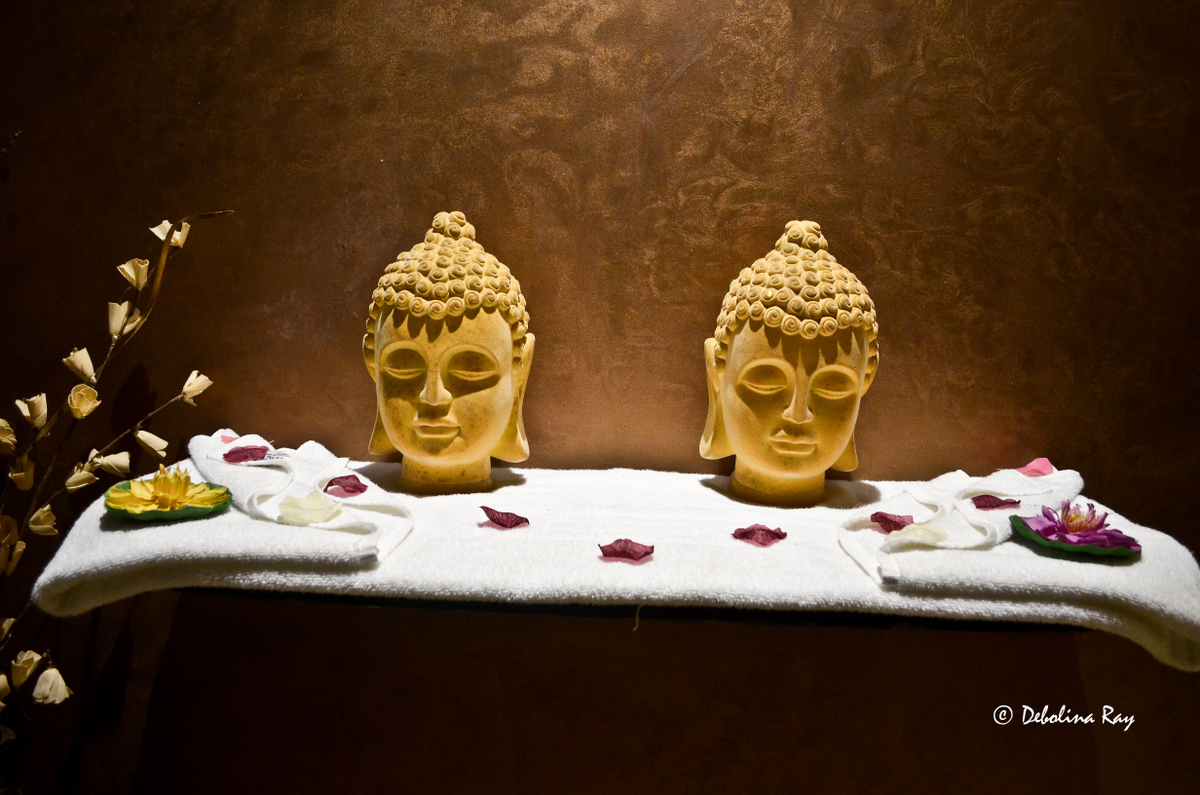 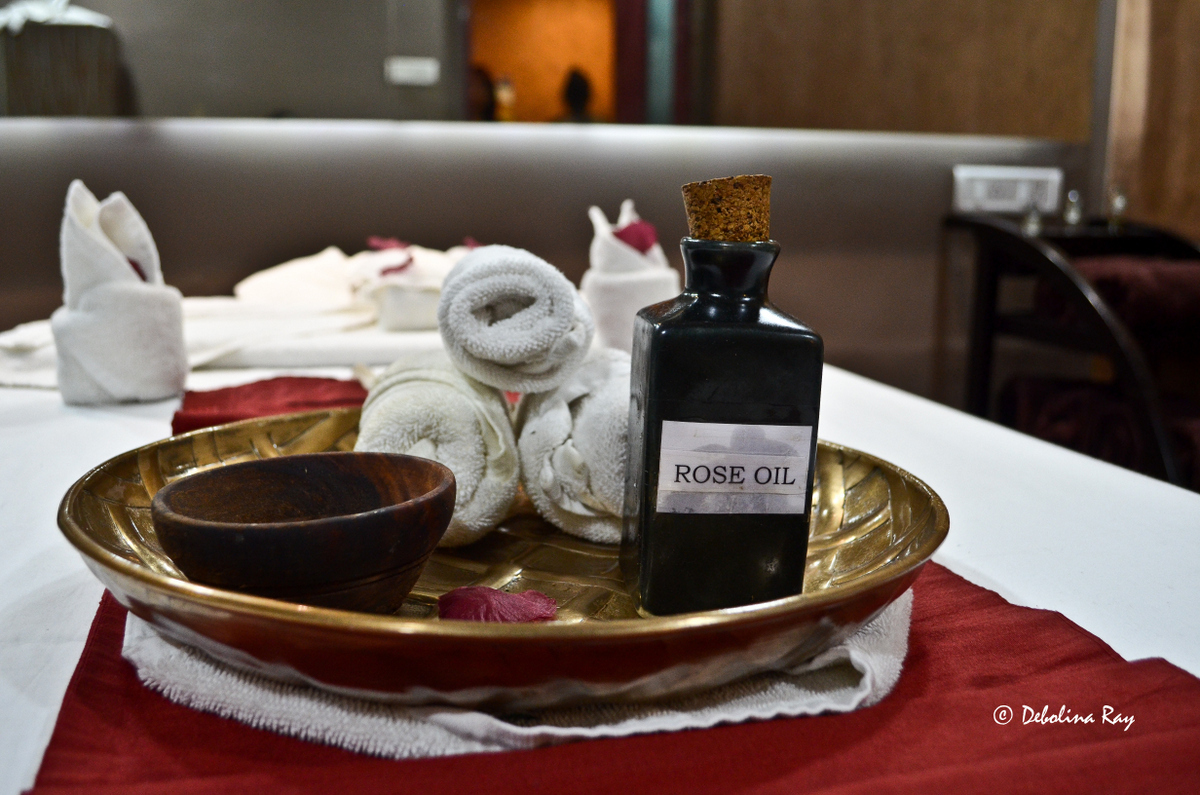 The Country Inn & Suites by Carlson is a very nice property located in the tech hub part of Mysore. Away from the rush of tourists and crowds, yet close enough to the city’s historic hubs. A weekend of unwinding with some good food, therapeutic spas would just be what the doctor ordered here. For more details, log on here.

Ministry Of Pizza, Koramangala – A Review