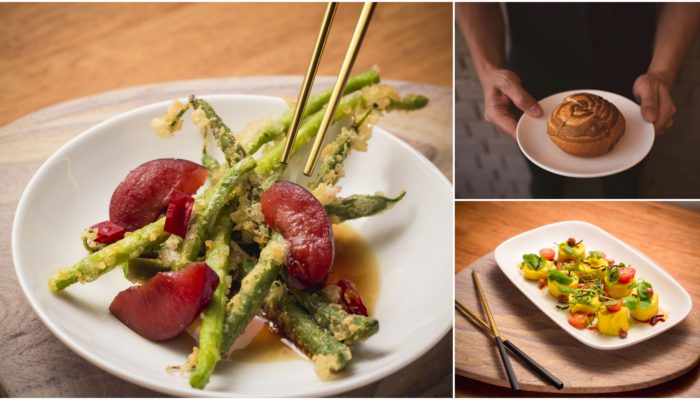 This week we got to check out a new place in Indiranagar called Dofu, that brings an innovative take on Chinese cuisine. Dofu brings ‘Chūka’ food, which is Chinese origin dishes served in Japan, that evolved in a culinary journey of their own. Similarly, Chinese food in Korea is a hybrid cuisine developed by the ethnic Chinese and Koreans in the region, using Chinese dishes and Korean ingredients and flavours.  So, walk into a lovely café like restaurant on Indiranagar 100 feet road lit up with bright paper lanterns in pastel colour theme. There are a few tables on the patio, and some more inside. If you can brave the traffic noise, which isn’t too bad on this side of 100 feet road, pick a nice table outside, and start browsing the menu. 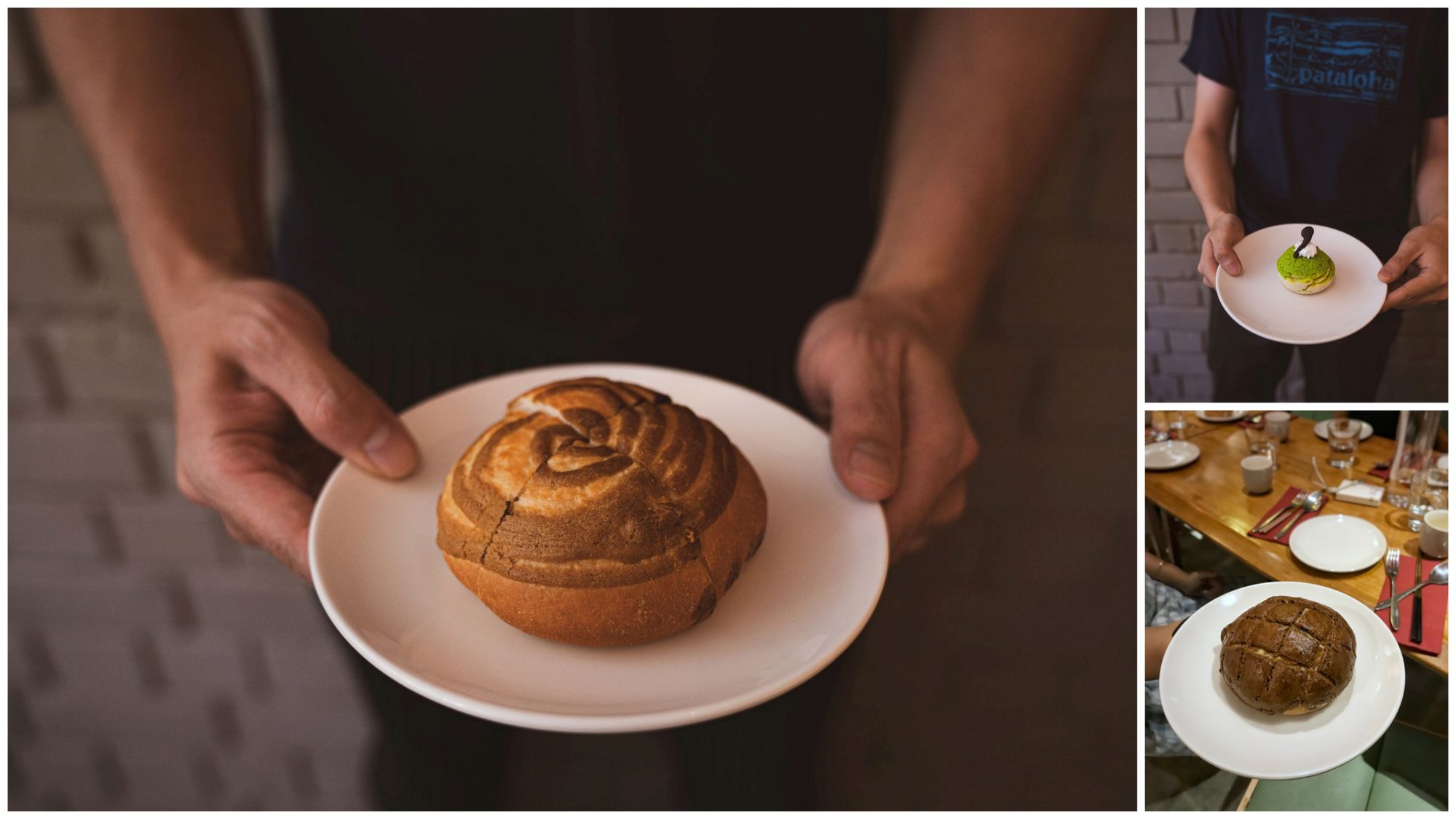 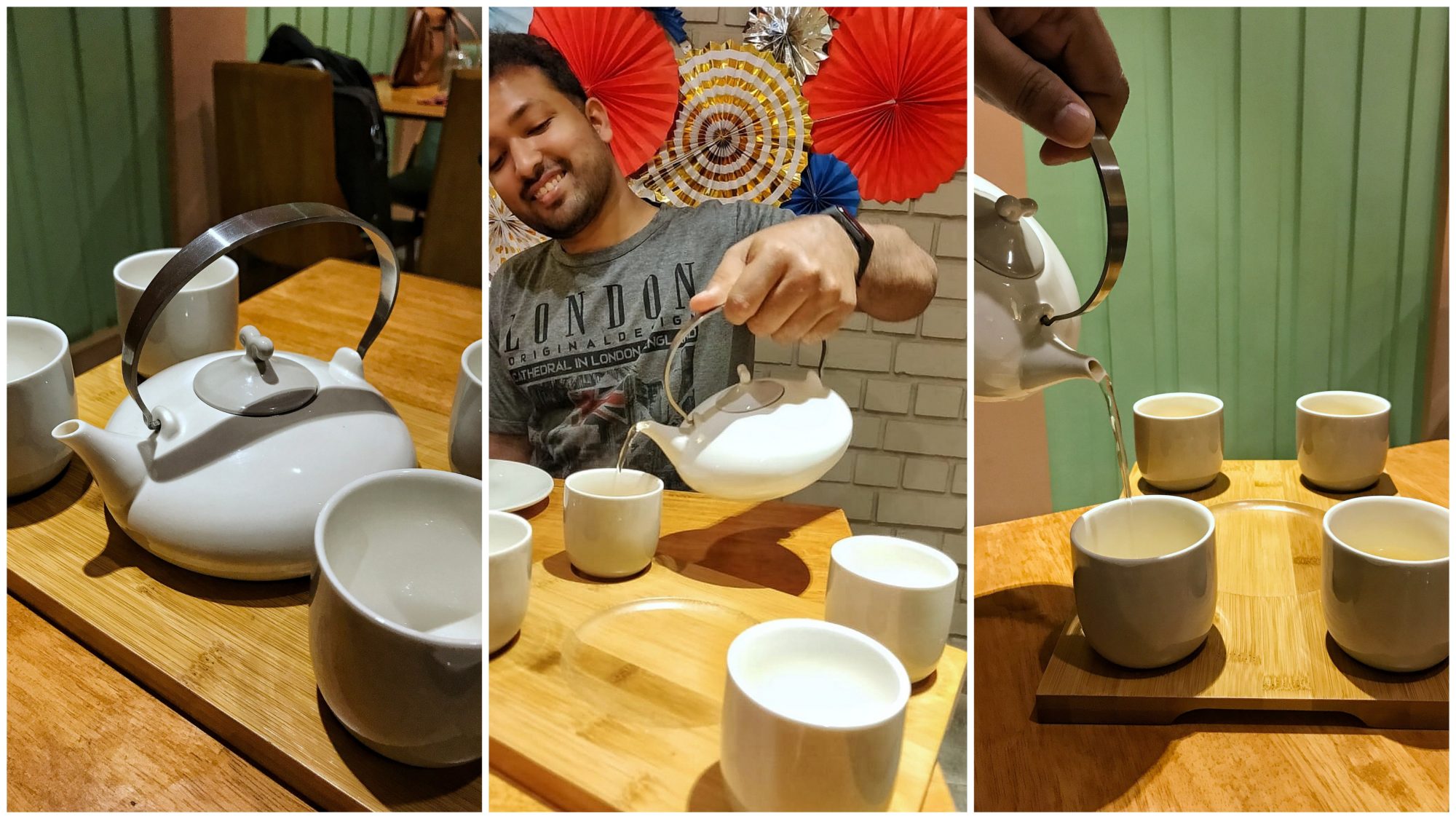 Dofu’s really comprehensive food menu, and a tea menu gives you ample choices. And if you’re a vegetarian, there is a separate extensive menu – so make sure you ask for it. Yes, this place is quite vegetarian friendly, unlike the usual notion of an Asian place. We had a pot of the lavender blossom tea – nice, fragrant and soothing. Our meal started with Hong Kong Buns – chicken, pork, jackfruit and chocolate – baked char siu kind of buns. Loved each of the variants and got repeats of the minced pork. 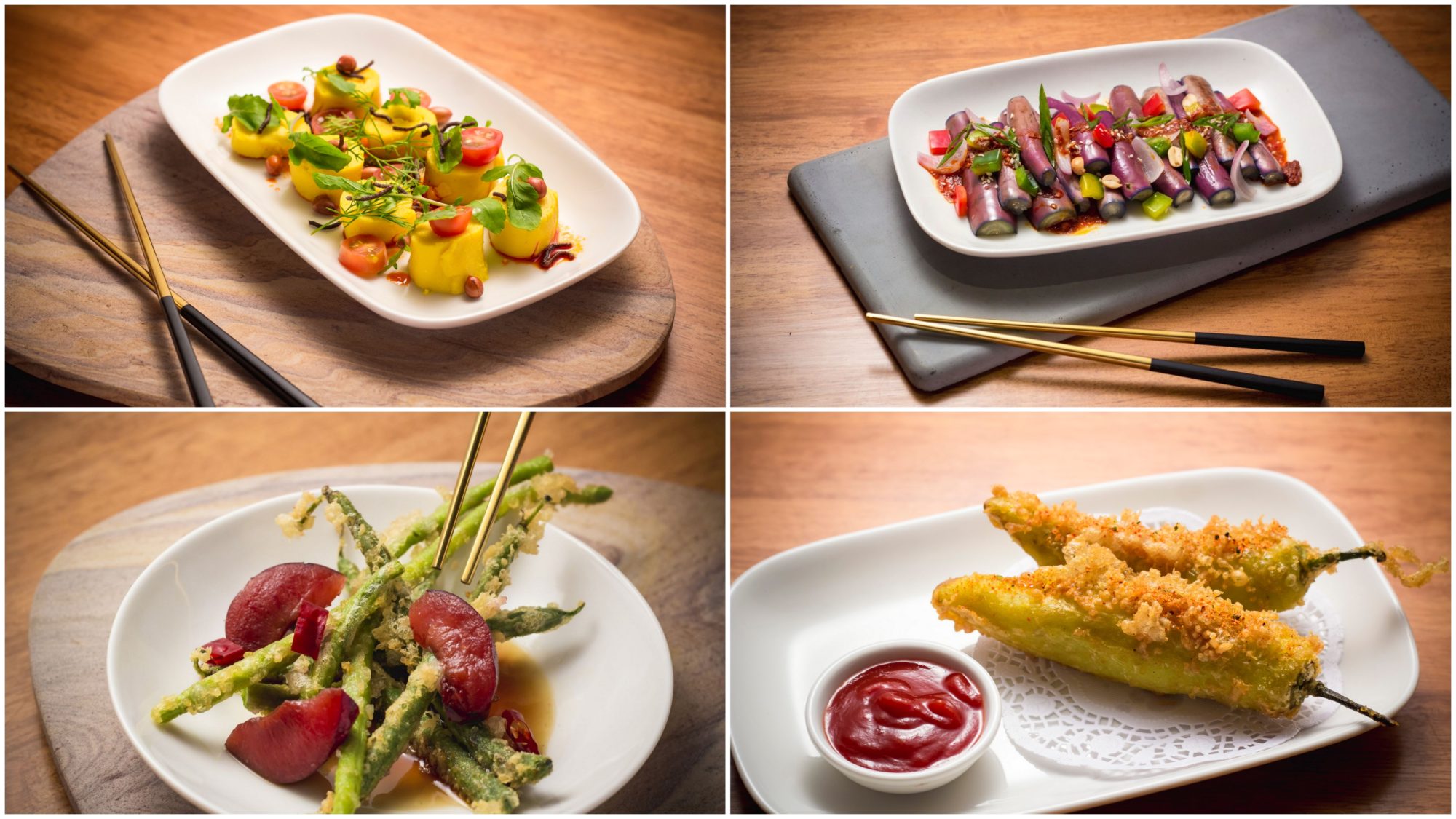 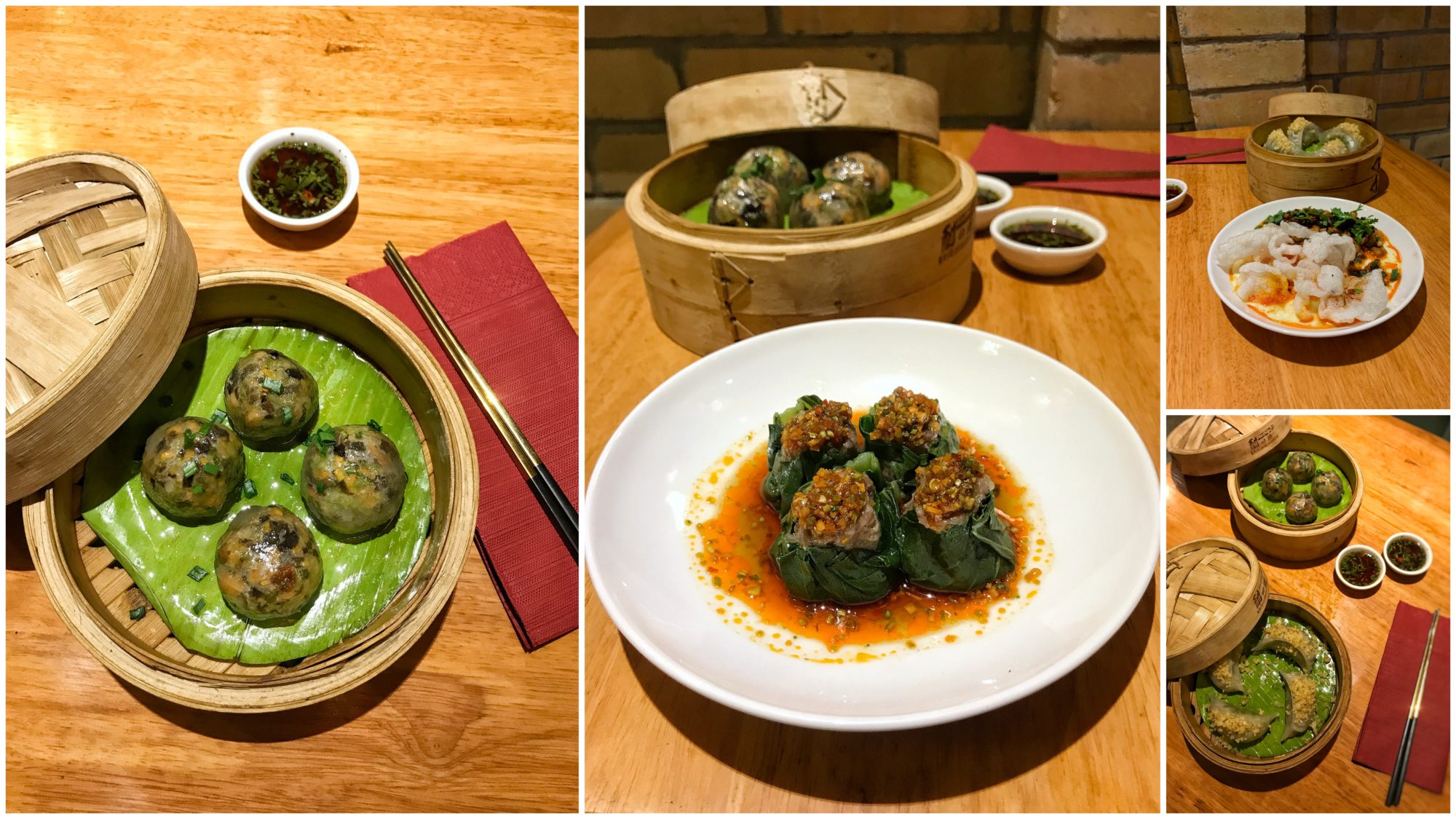 The dim sums came next – the style of dim sums made here are Chiu Chow – not the traditional Cantonese style versions most restaurants make. The flavours are muted, but they are eaten with piquant sauces and sides. The crystal dumpling for example is a Chiu Chow-style dim sum. This style also has a version also known as fun guo, which is kind of a har gaw. The dim sums were different – Chicken & Bok Choy Shu Mai is a safe choice. While the Steamed Chicken & Bamboo Shoot Wontons needs a little getting used to. The veg Che Chow had ridge gourd and carrots for the crunch. 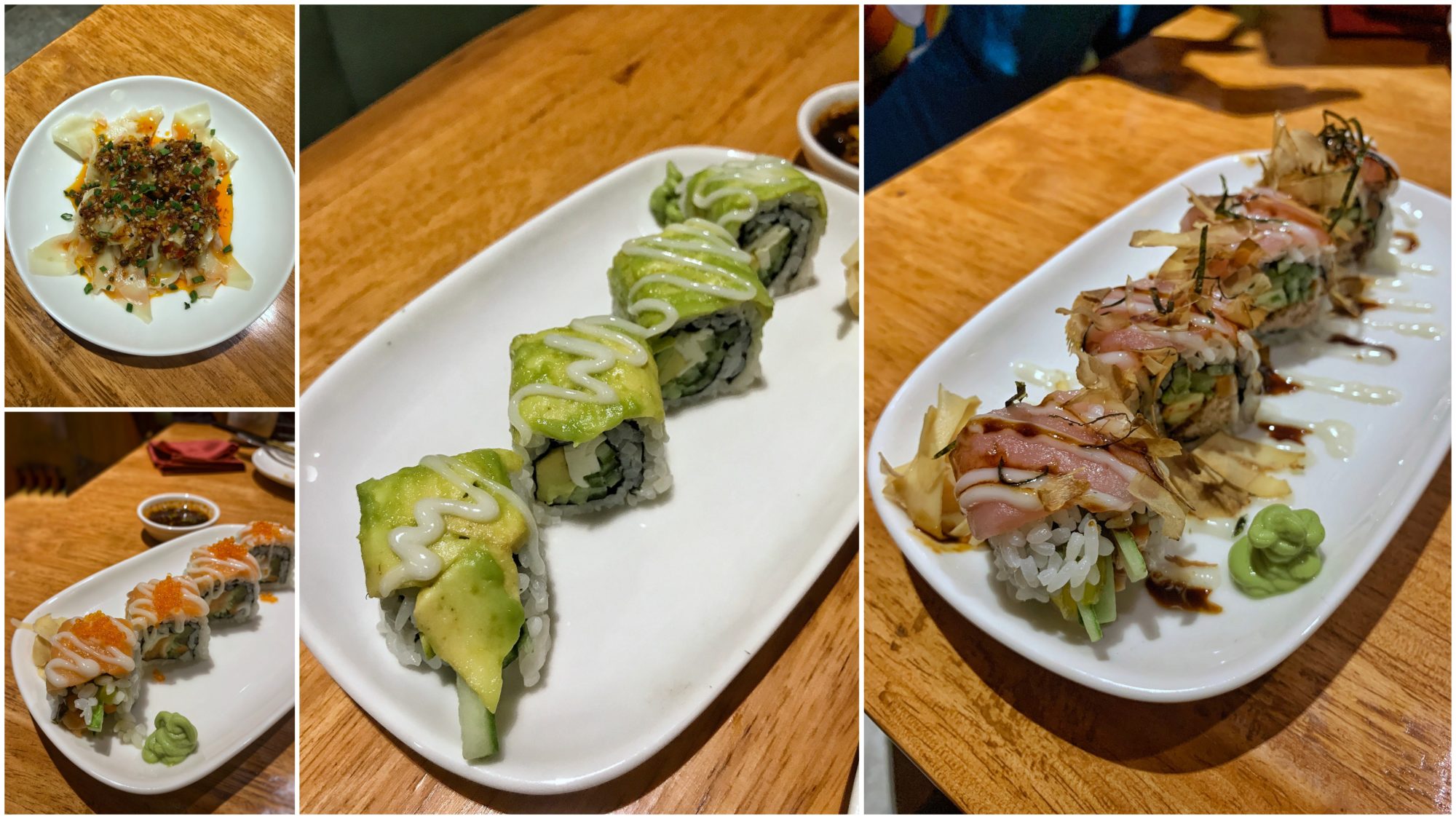 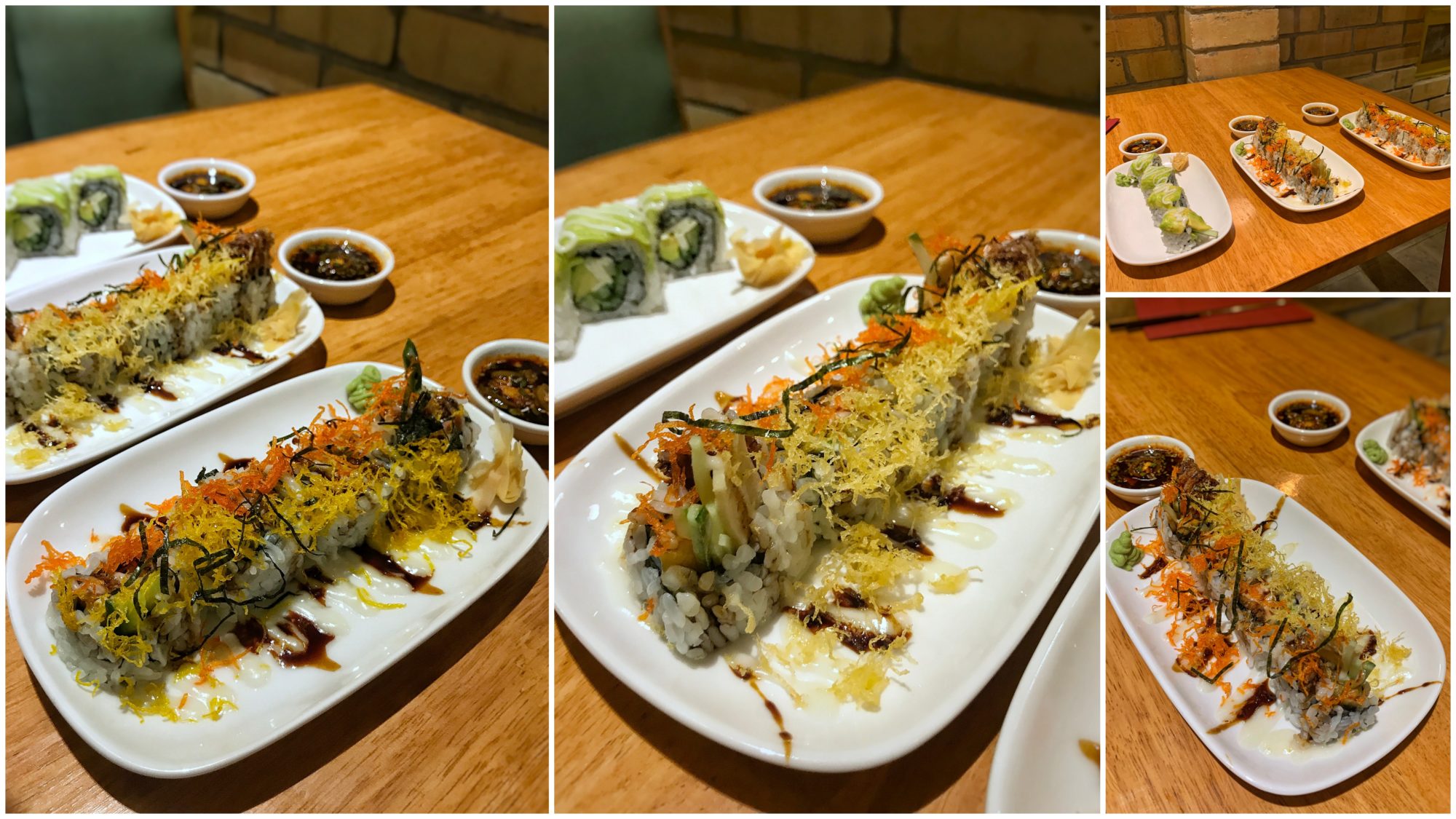 And a bit of Gimbap!

Next up sushi – well called Chūka Sushi here, it’s a cross between sushi and gimbap. So batter fried, pickled or cured vegetables, cheese, meat or sea food in a sushi prep with sauces. The Garden Roll and Salmon & Cheese are closest to sushi, while the Oink Roll, Chicken & Farm and others are the Korean take with creative fillings. So if eating raw or cured fish isn’t your thing, try the gimbap! We also took a break and tried the soups – the sea food broth as well as the beef soup were rich and tangy. The table favourite was the sea food broth – the flavour of crab was delicious! 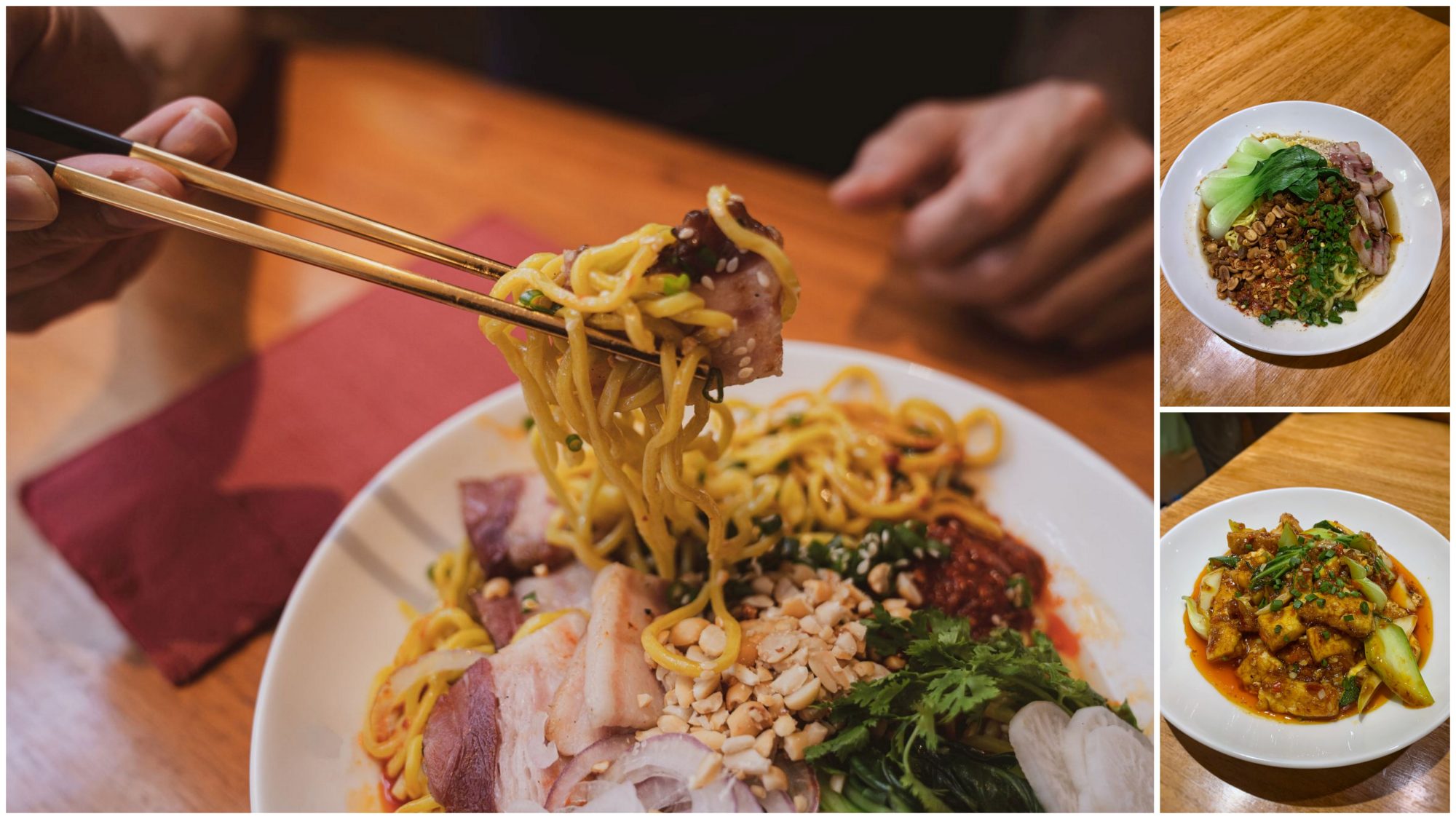 Finally, in mains – we got the Dan Dan Noodles (pork) topped with Sichuan Pepper. The noodles were nice, made in house and had the perfect texture. This is served dry and mixed on the table. I would have preferred it spicier, but one of the better dan dans I have had. The stir fries were quite delicious – the lotus root with fresh chestnuts is definitely worth trying. The tofu & veggie stir fry was also nice. 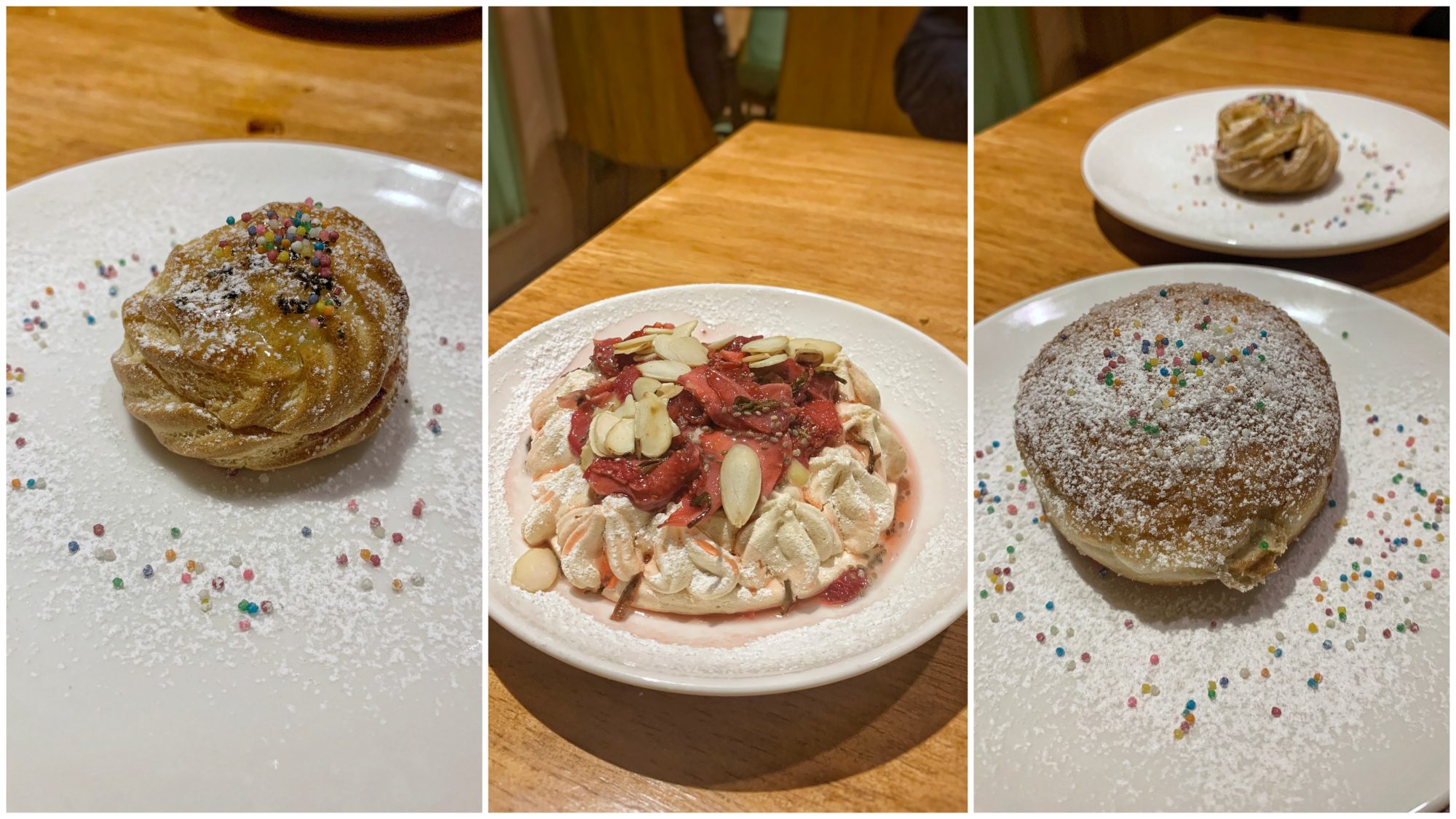 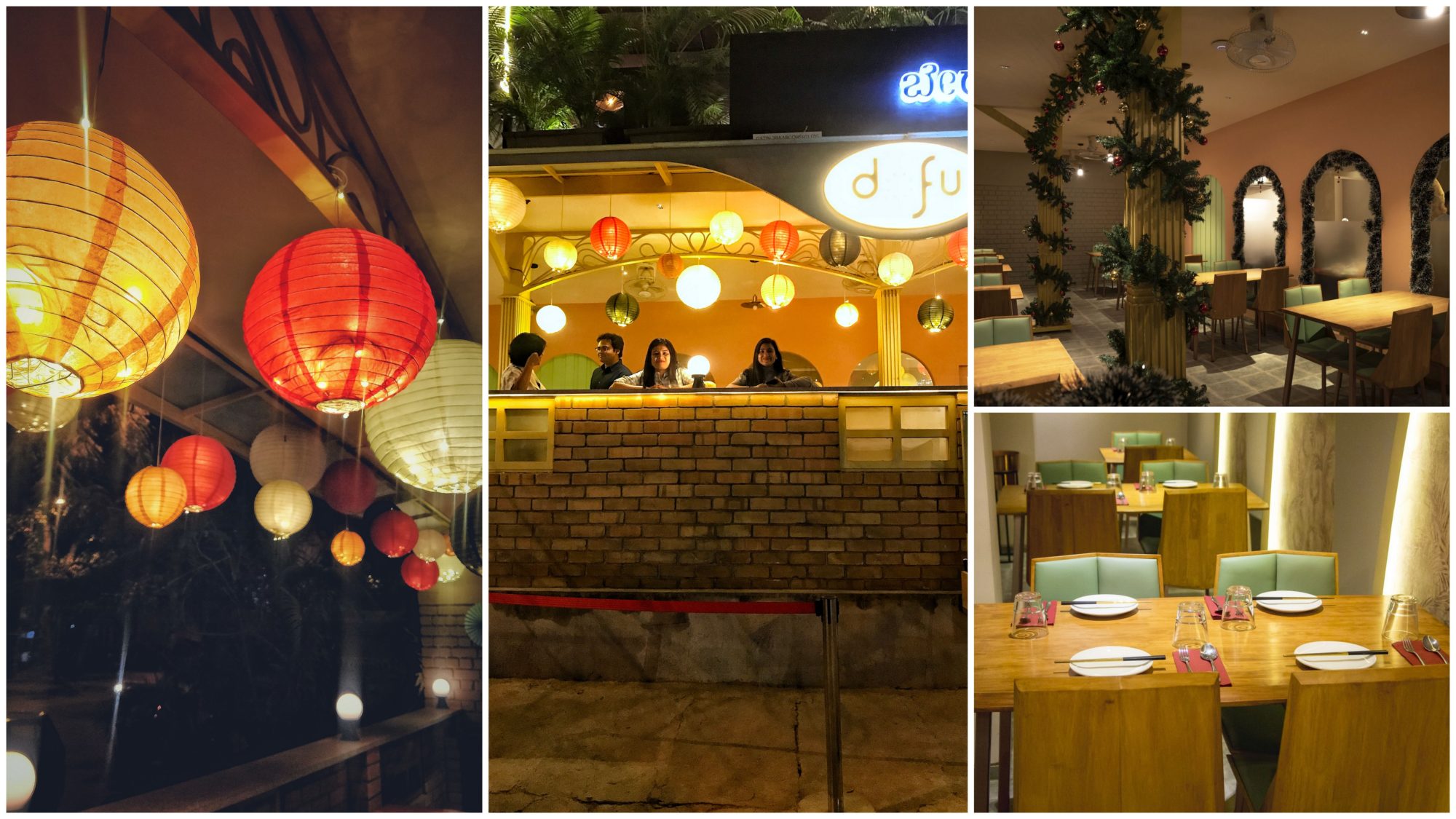 The place and decor – Dofu

This isn’t your run of the mill Asian place. It is familiar dishes like sushi, dim sum, noodles, stir fries – but with Korean or Japanese influence, and hence called Chūka or Chuuka. The team at Dofu has tried to capture the essence of China’s diversity of influences and ingredients – with specific regional twists. There are vegan and vegetarian options on the menu, and a meal for two costs about ₹1,000. Head out here for a different take on Chinese cuisine, in a really cute café restaurant.

LAPIS – The new All-Day Restaurant at The Oberoi, Bengaluru

Paris and Versailles – Travel and Living