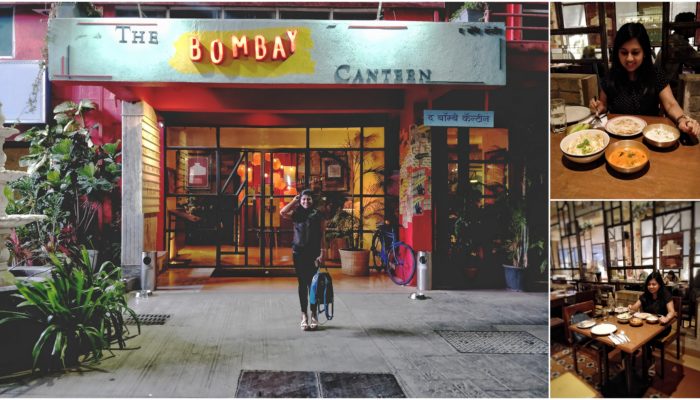 To start with, let me tell you that my meal at The Bombay Canteen has been one of the most memorable in recent times. We were in Mumbai briefly this January and had heard so much about TBC – that a meal there was long due. Radhika and La Toyah were kind enough to have us over during that visit. So as planned, we landed, and directly headed to the Mills’ area. It was 26th January, a dry day – but the place was full nevertheless. We would soon learn why. First impression – the large space, buzzing with people and conversations. High ceilings, large glass windows and stone walls; it was like walking into the living room of a charming bungalow. 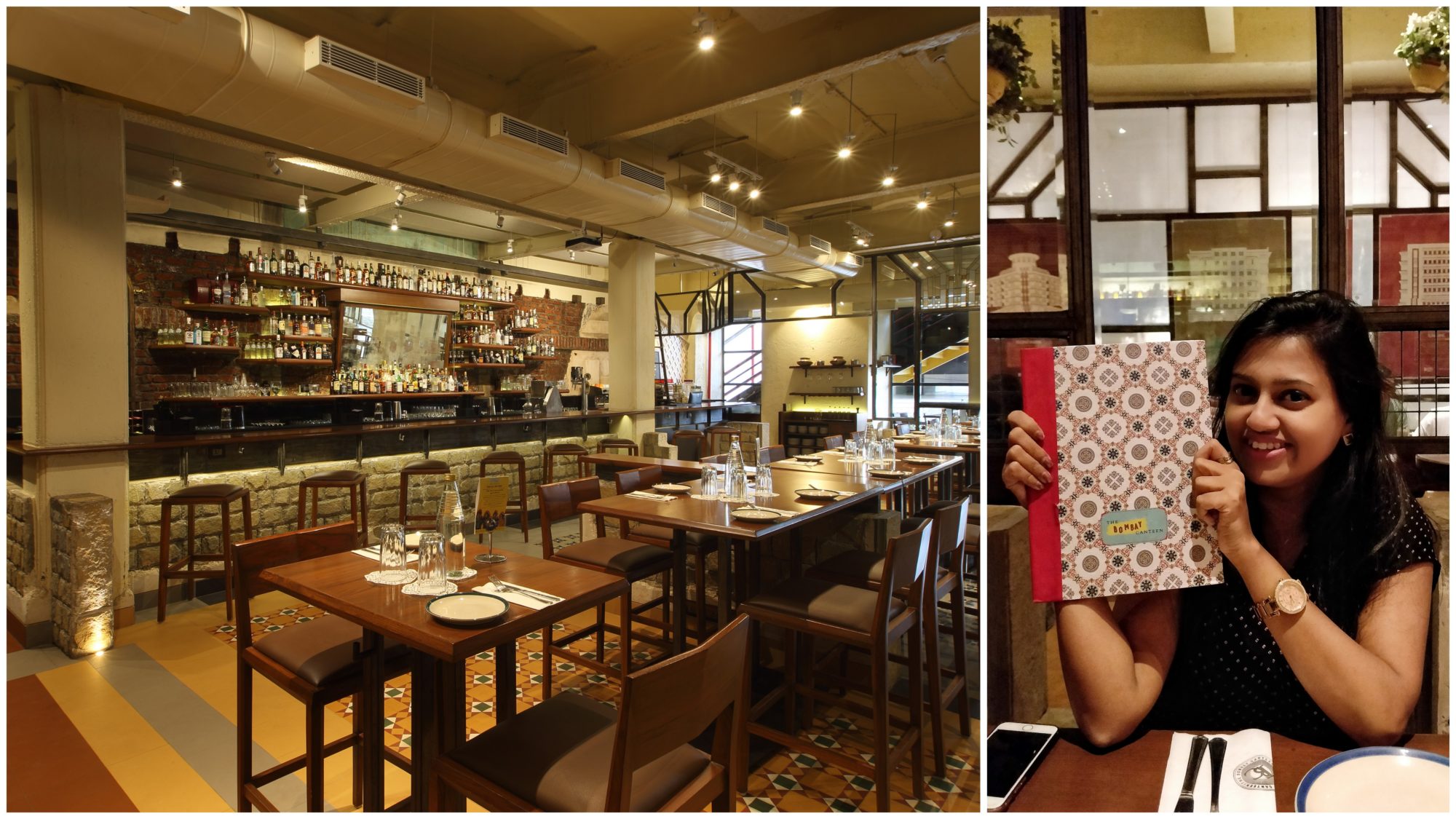 It was our first time there, hence folks recommended The Canteen Experience. The menu describes this as an option for those that feel spoilt for choice or confused about the dishes to order. Given the exhaustive menu of re-interpreted Indian dishes with modern twist, I’d say that was a good call. 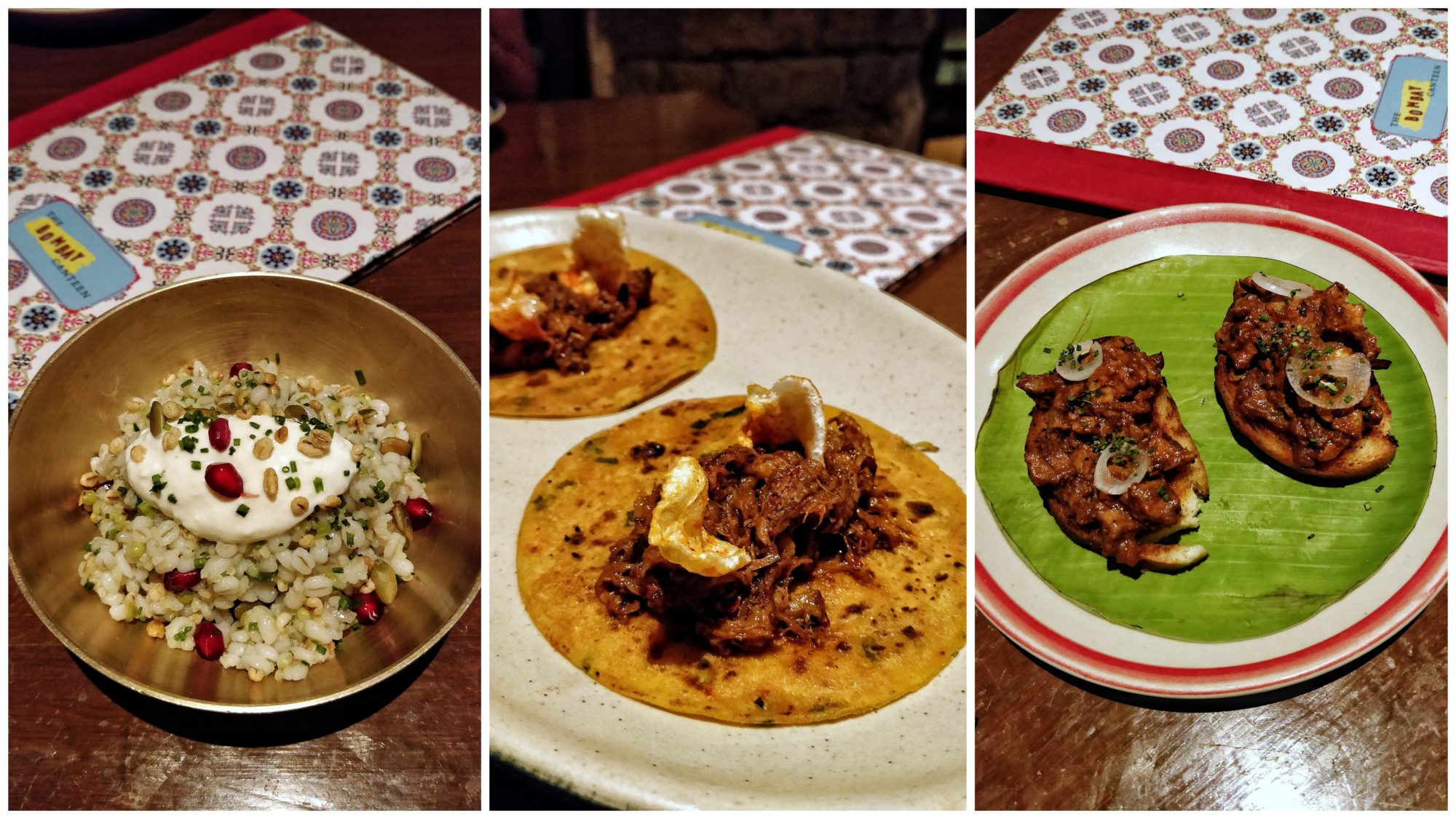 Our meal started with the unassuming Barley & Jowar salad – puffed grains, pomegranate seeds and spicy hung curd dressing, and the the Arbi Tuk – in a nice chaat version with imli chutney, radish kachumber – a great start. But the desi tacos were pretty much a game changer. So methi thepla with Goan pulled pork vindaloo, as our ‘bro’ described it aptly – it was Goa meet Gujarat in a sexy amalgam. I’d go back just to eat this – the pork was brilliantly cooked, juicy – and the thepla was such a surprising match. 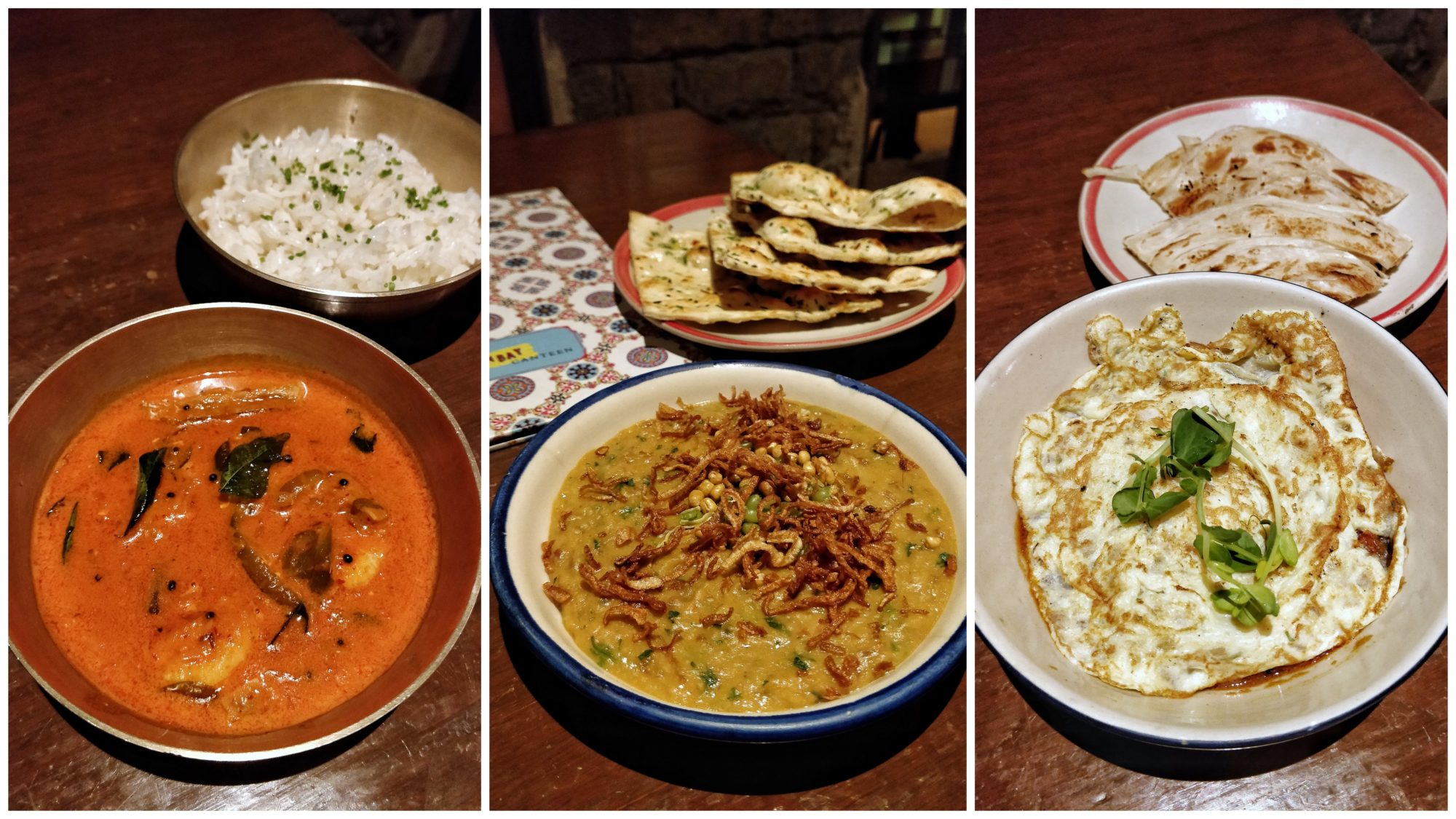 Next up – another brilliant dish – the red snapper ceviche cured in kokum sol kadhi with black rice murmura for the crunch. So subtle and delicious. The Canteen Haleem was a personal favorite – Hyderabadi style served with kulcha. That was a plate wiped clean! Another twist from the South was the ghee roast chicken on toast, but it’s so much more than just Kundapur style ghee roast. It had Chicken Liver Pate bringing it all together – just SO good! 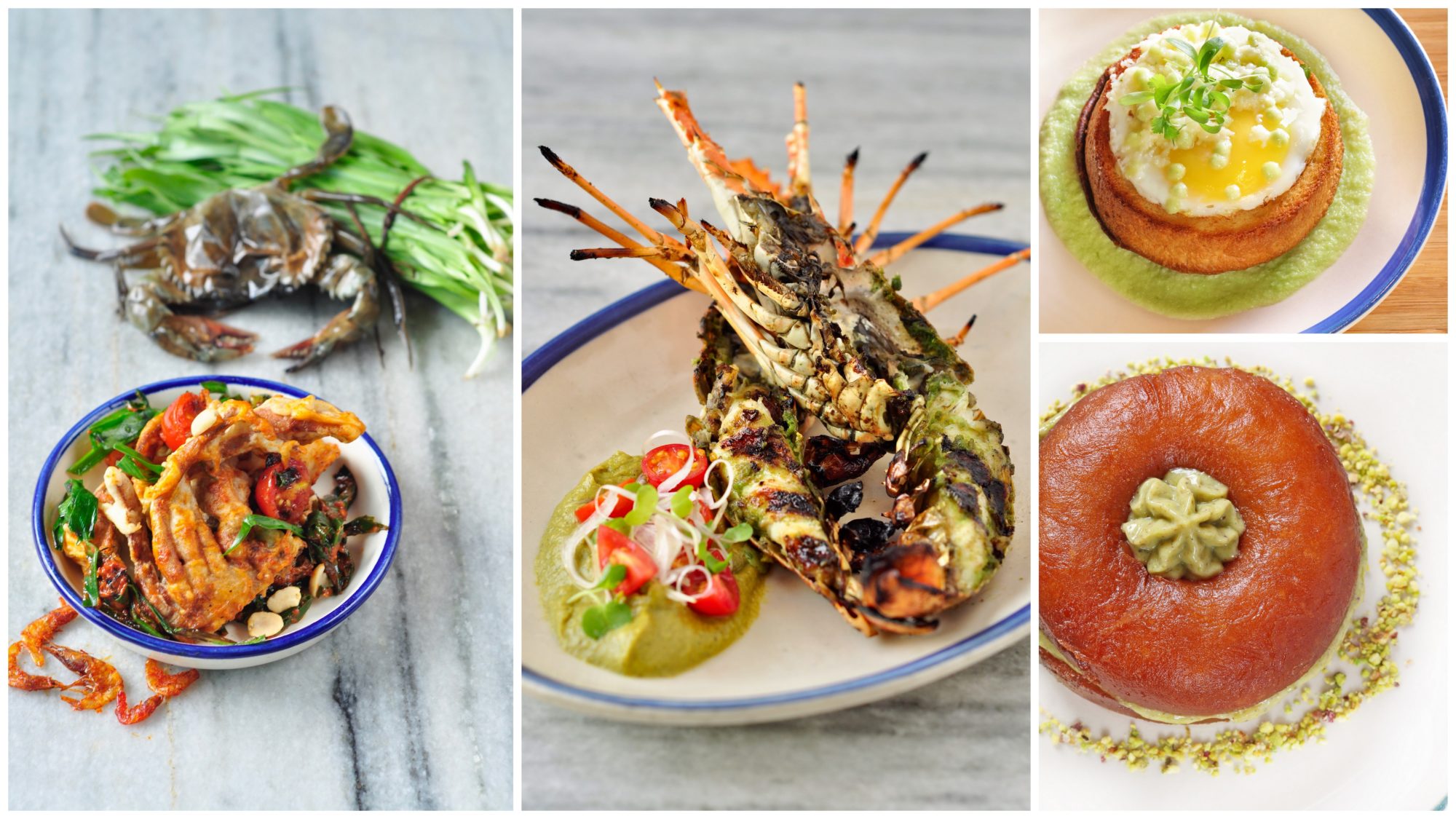 Our meal was pretty much done, so the mains were sort of a blur. The Tamilian styled chicken and omelet curry was nice and tangy, while the prawn curry was also a spice and sour dish. I think I was still mentally stuck on the appetizers! That changed soon enough. 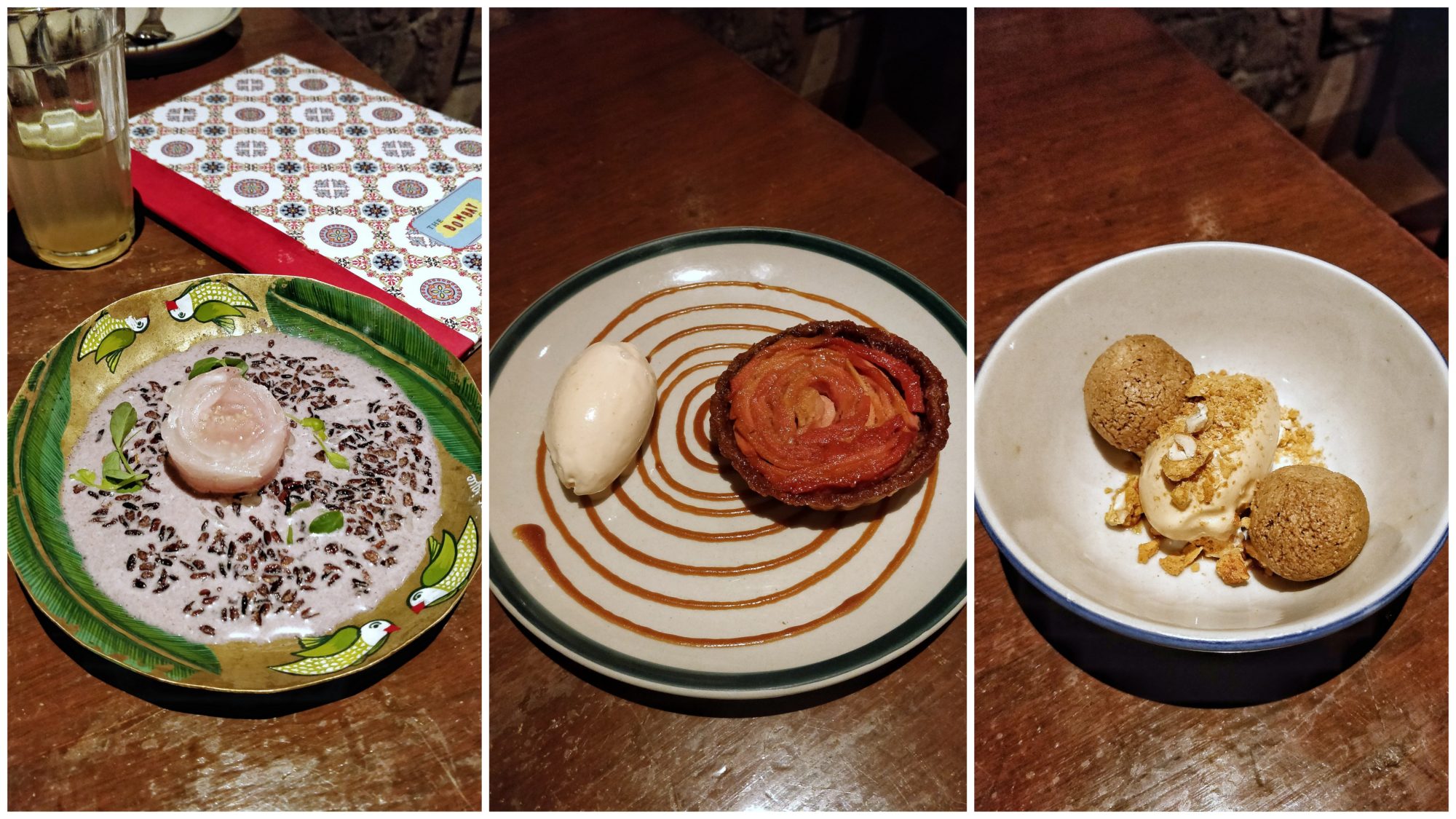 For desserts (and limited space), we got the Coffee Rasgulla and Guava Tana Tan. The Rasgulla was great, the coffee balanced with the sweet very well. But what pretty much stays etched in my memory was the baked guava slices with chili ice cream. Lot of places try their versions of guava and chili – in cocktails and desserts – but no one aced it like this. Ever. The fusion of flavors was a delight, and a flashback with every bite. The desserts are probably seasonal, but this one is a must-try. 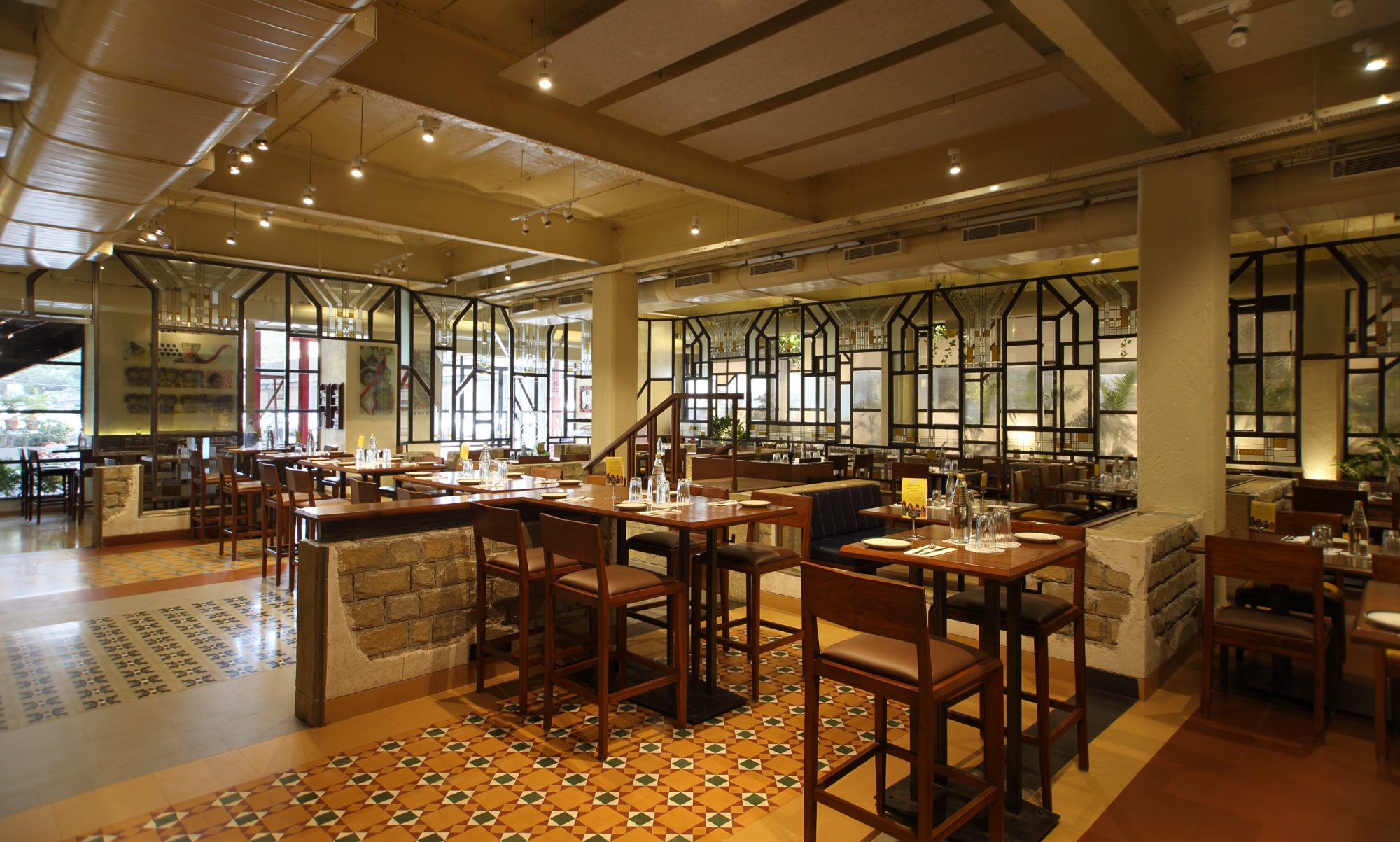 I probably already went overboard writing this post, so I am going to keep the ending super short. Head to TBC if you haven’t already. I’d say a trip from Bangalore is also totally warranted. The Canteen Experience is priced at about 1600 – 2000 rupees per person. The folks there also gave us these cute list of places to visit and eat at. The restaurant must be amazing during the day time, so I am definitely going to check it out; again – a truly memorable meal!

A Wine Dinner to Remember – Penfolds & The Oberoi, Bangalore