A few weeks back, Burrp hosted an Airport Food Walk – covering some restaurants in the domestic and international terminals of the Kempagowda International Airport in Bengaluru. The Bangalore Airport Restaurants have a good spread and coverage of cuisines to ensure that there’s something for every palate. Having visited the airport for a tasting before, I knew the security restrictions and hassles that come with entering a highly secure zone, but Burrp had worked out the details very well. I pretty much breezed in through the security, and reached the first restaurant on the list – Tiffin Centre right about the time that Executive Chef Murali started explaining the concept of the place, and the target audience for this restaurant.

The Tiffin Centre is located in the domestic terminal, and has a restaurant and a Tiffin Express – which is a quick service concept serving Vada, Idli, Bhajji and several other snacks and munchies as a take away – almost a nostalgic treat for people going away from home. The main dine in restaurant serves culinary specialties and delicacies from the Southern Indian states of Karnataka, Kerala, Tamil Nadu & Andhra Pradesh. We tried some Mirchi Bhajji, Vada, Rava Fish Fry and Chicken Drumsticks as part of the vegetarian and non vegetarian snack platter. 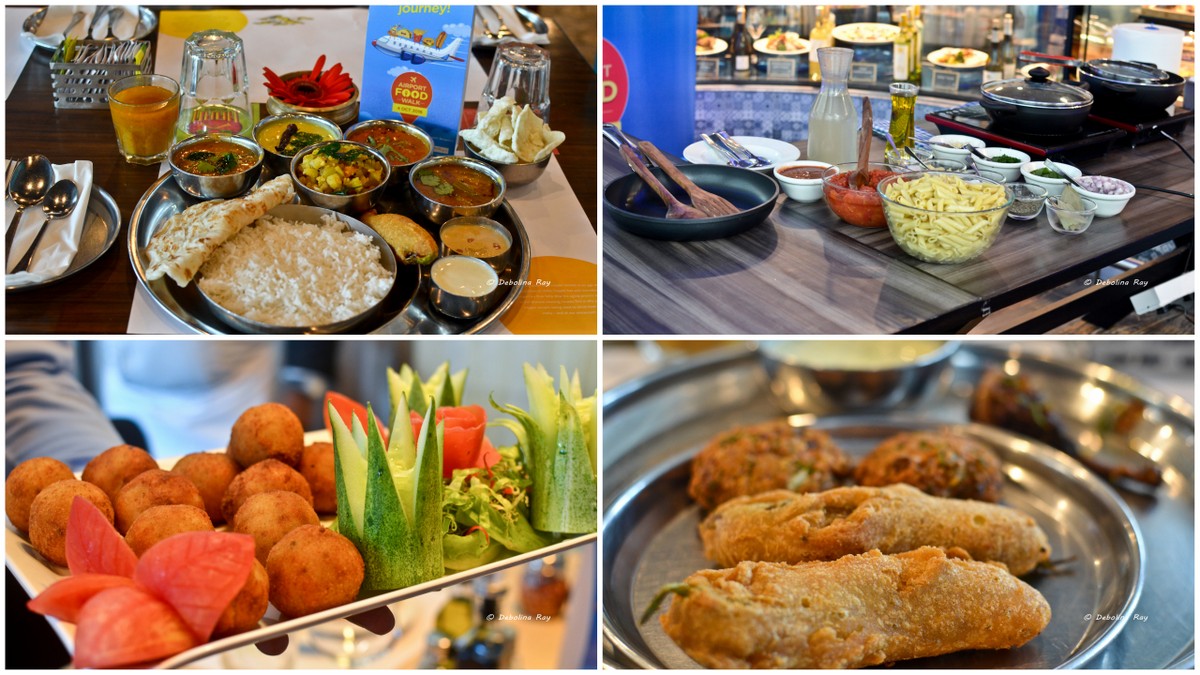 Assortment of starters from Tiffin Centre and La Alta Vita

Proceeding from there, we took a brief halt in an Italian restaurant called La Alta Vita, also in the Domestic Terminal. We were served a selection of antipasti comprising of Zucchini Fritters, Arancini balls and bruschettas. The restaurant is set up with elegant decor, and looks at providing an authentic Italian experience to it’s patrons. I made a mental note to try the pizzas here the next time I travel. 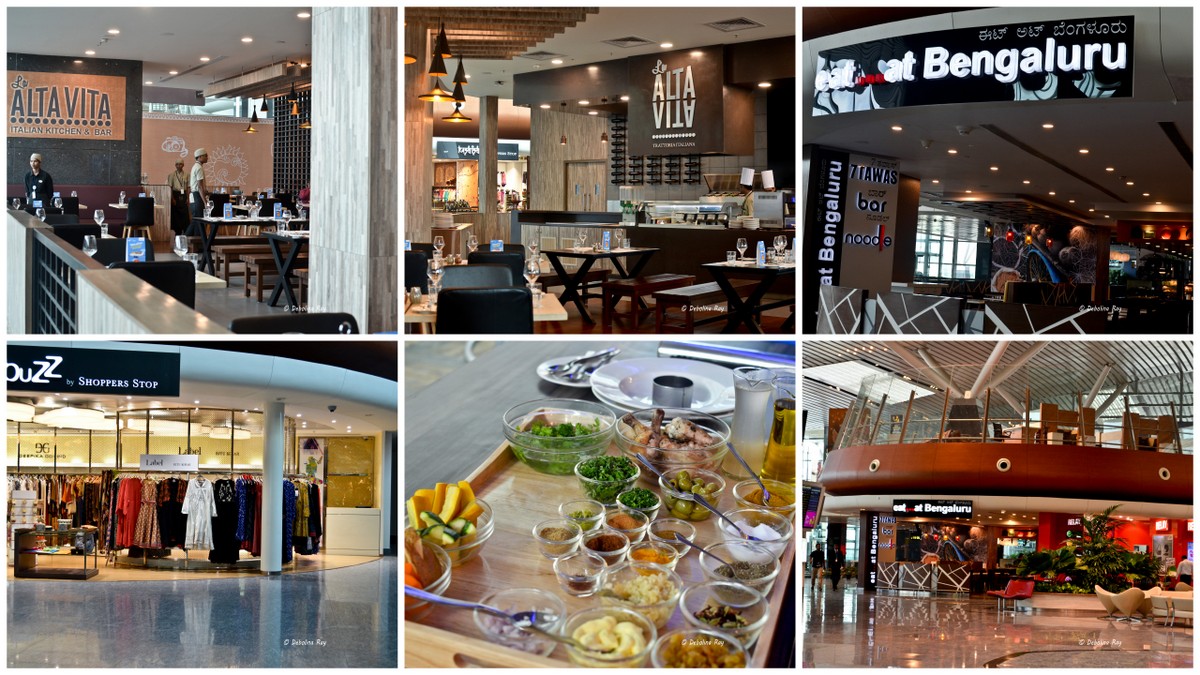 Our last stop that afternoon was at La Tepanade – a Mediterranean Cafe located at the International Terminal. This 24 hour restaurant is currently revamping their menu, and we were showcased some of the offerings of the new menu. Chef Murali also did a brief demonstration of Penne Pasta in Pomodoro Sauce and Chicken Tagine which were interesting to watch, as Chef shared his experiences and nuances of the regions contributing to this cuisine. Our meal started with a refreshing (and much needed) Harira soup, and several varieties of thin crust pizzas. We did try the Chicken Tagine with cous cous as well, quite simple yet well made. Banoffee Pie, Raspberry Cheese Cake, and Tiramisu were the desserts for the afternoon, I liked the Chef’s rendition of the cheese cake.

A Masterclass in session! 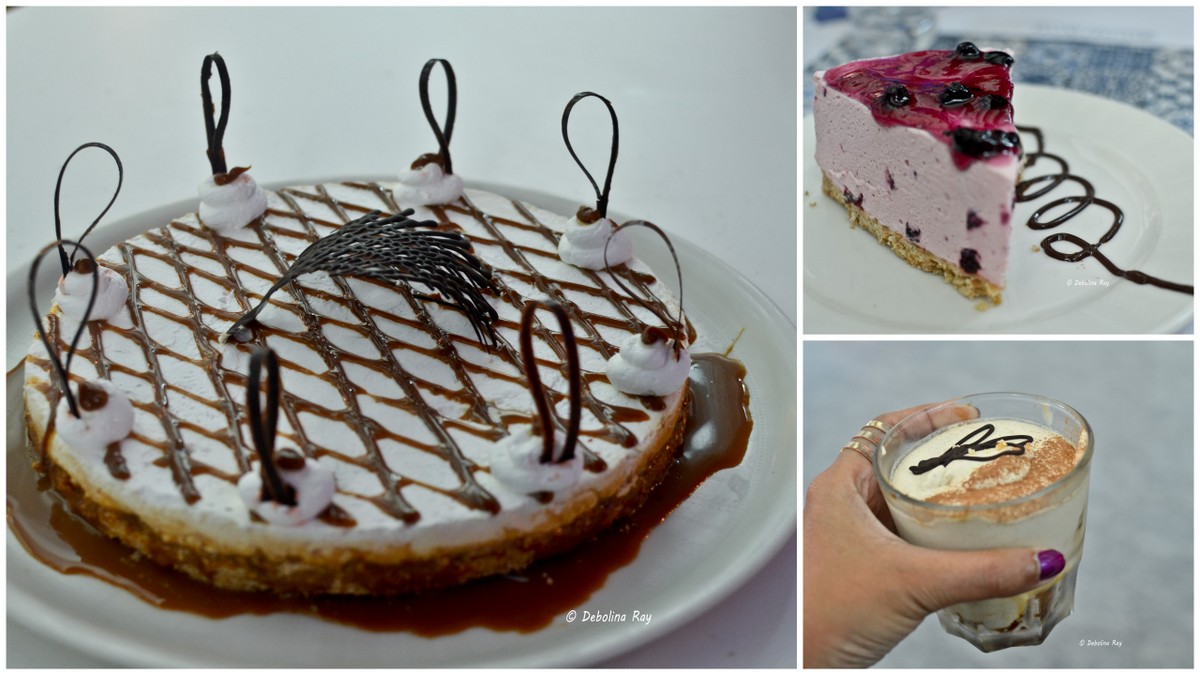 HMS Host manages these three restaurants in the airport, and hosted us graciously for this event. It was just at the beginning of Dussehra, and the airport was suitably decorated, and also had cultural performances – which we were able to catch a glimpse of. Quite an experience, and definitely one that I enjoyed exploring the Bangalore Airport Restaurants – especially being a frequent flier, knowing food options in airports is always good for sudden cravings!